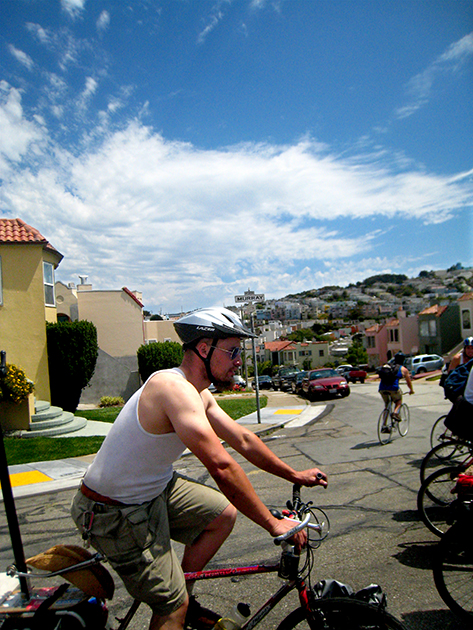 In its annual report on cities with the best drivers released last month, Allstate Insurance listed a diverse set of municipalities, ranked by the skill of their drivers, defined by the accident likelihood compared to the national average. The winner, Fort Collins, Colorado, boasted an accident likelihood rate of -31.2% compared to the national average. Bay Area cities fared much worse, with Oakland placing 153, with 25.7% higher chance of a car accident and San Francisco placing 185 with a 49.1% higher chance of a car accident (even worse than Los Angeles).

Needless to say, September was not a great month for the reputation of Bay Area commuters. Fortunately, October is showing much more promise, hot of the heels of the League of American Bicyclists‘ fourth annual list of major American cities. Both San Francisco and Oakland climbed the rankings this year to place 4th and 5th respectively. This boost is based on by a double-digit jump in ridership in the past year alone. San Francisco boasts 10 percent more cyclists than last year, and Oakland‘s ridership increased 18 percent.

“I’m so proud that San Francisco continues to be a leader in promoting bicycling as a healthy, sustainable transportation alternative,” said San Francisco Mayor Gavin Newsom. “With the safer and more inviting bike network we’re creating throughout the City, more and more San Franciscans will start bicycling.”

Though Newsom is correct to praise San Francisco for its bike record, it’s important to note that cyclists are constantly in danger while sharing the road with vehicles. Since the roads were originally made with cars in mind, drivers are typically reluctant to share the road, and existing laws don’t force them to. In the case of bike-car accidents, recent incidents have shown that car drivers are often favored in court. And San Francisco continues ban the long-term display of public monuments commemorating bike fatalities on city streets.

Congratulations to Bay Area cities for being recognized as great bike cities. Now let’s work on making our car drivers safer, too.