California Bicyclists Arrested for Cycling Under the Influence 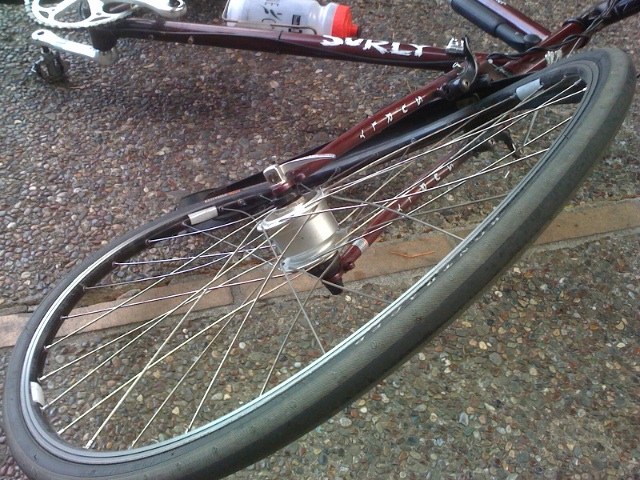 You would never get behind the wheel of your car drunk. But you would probably be more likely to get on a bicycle after one too many drinks. At least that was the case for five cyclists arrested for cycling under the influence near Los Angeles yesterday. The arrested cyclists, all between the ages of 18 and 22, were riding with 15 other cyclists when a California Highway Patrol Officer witnessed a member of the group crash into the pavement at 1:30 am.

“None of the bicylists were wearing helmets, and due to the dim lighting, the cyclists were barely visible to passing motorists,” the CHP reports. “As CHP officers contacted the group of bicyclist, they detected the order of an alcoholic beverage coming from the area of the riders.”

In addition to carrying the increased risk of crashing or hitting other vehicles, a recent study by the American Journal of Emergency Medicine found that cyclists riding under the influence are also more likely to take risks and avoid appropriate safety equipment, like helmets. “Alcohol use leads to a host of unsafe bicycle practices, increased head and brain injuries, and costs to the cyclist and community,” the report states.

Thursday’s incident serves as an important reminder never to ride a bicycle drunk, and to always wear a helmet to assure maximum safety. Ride safely!