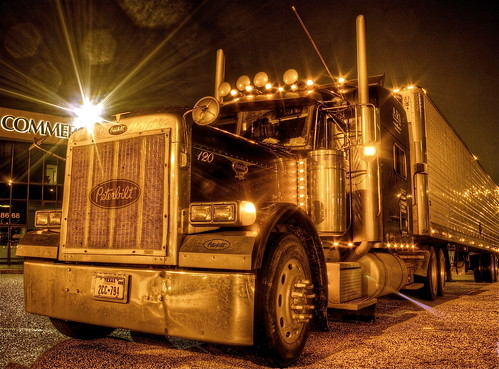 Yesterday morning, a big rig truck collided with a UCSF shuttle van, killing 52 year-old Dr. Kevin Mack and injuring three other passengers. The accident occurred on Octavia Boulevard, which has been considered an accident hotspot for the past half decade after the Central Freeway ramp opened in 2006. The police are investigating the details of this fatal accident, and city officials have vowed to take a closer look at Octavia’s safety record and potential safety improvements.

SFMTA spokesperson Paul Rose told StreetsblogSF that there were four accidents at the intersection of Octavia Boulevard and Oak Street last year, and only one in 2009. This is a marked improvement from the 14 accidents at that intersection in 2006. “Since 2006, we have improved signal timing, provided upgraded signal hardware, provided more striping, better signage and added a red light camera at the intersection,” Rose added. “We continue to see a tremendous amount of traffic there, but the improvements have reversed the spike we saw in 2006.”

Prominent City officials including Mayor Ed Lee and Supervisor Ross Mirkarami have said they intend to review Octavia Boulevard’s safety record more closely. “I was just elected supervisor when they inaugurated the street after the freeway came down and it was really exciting,” Mirkarami told the Huffington Post. “But now the street is confusing, especially for people who aren’t familiar with San Francisco or are using GPS.”

Octavia Boulevard is also a dangerous street for San Francisco cyclists. Based on data from their Bike Accident Tracker, for example, The Bay Citizen notes that the intersection at Octavia Boulevard and Market Street, two short blocks from Octavia and Oak, was the site of 14 bike accidents between January 2009 and November 2010, making it one of the city’s most dangerous spots for cyclists.

San Francisco needs to do more to protect potential accident victims like UCSF Dr. Kevin Mack. “He had a strong commitment to global health and to medical education in resource-poor settings,” said associate dean of SF General Hospital Dr. A. Sue Carlisle and CEO Susan A. Currin in a statement. “He was an exceptional role model and an inspiration for all of the educational community at UCSF.”