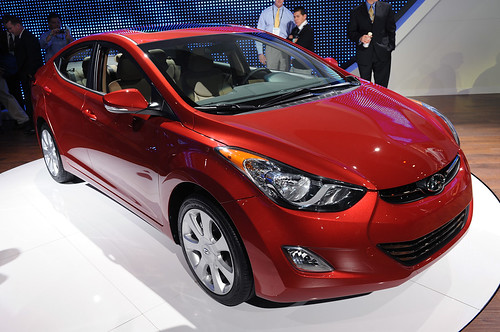 For many parents, the idea of buying your teen a new car is frightening. If your son or daughter’s new drivers license wasn’t enough, buying them their own car grants an unparalleled freedom that is at times difficult to monitor. That’s why many families draft a parent-teen safe driver contract to assure safe driving decisions even when you’re not in the car. But it’s also important to research the safest cars on the market, to assure that your teen driver will stay safe even if something unpredictable happens. Over the past year, Consumer Reports has done a great job of highlighting safe cars for teen drivers, with a special emphasis on affordability.

In March, for example, Consumer Reports isolated 8 models that could all be purchased for under $12,000. The next month, the Wall Street Journal released its own list of safe cars for teens. Surprisingly, the two lists had no overlaps, due largely to the fact that the WSJ didn’t take cost into account. So if you’re looking to save a bundle while keeping your teenager safe on the roads, refer to the Consumer Reports list. And their new list of safe, fuel efficient cars provides a new point to consider, for those who want to save on gas prices and reduce their carbon footprint.

This new list focuses on small, fuel efficient cars, noting that “their structure has improved to provide better impact absorption and occupant protection, and they now are commonly equipped with standard key safety features, such as antilock brakes, side-curtain air bags, and stability control.” This is a major step forward, and a sign that cars can fulfill a triple whammy: safe, affordable, and easy on the environment.

We cross listed the first Consumer Reports list of safe cars under $12,000, and the new list that highlights small, fuel efficient cars, and found four overlaps: the Hyundai Elantra, the Mazda3, the Scion xB, and the Volkswagen Jetta. Thus, from a non-scientific perspective, these makes and models would be fantastic affordable and fuel efficient options to keep your teen driver safe behind the wheel.

Want to share your stories about teen driver safety? Or do you have a car suggestion? Leave your thoughts in the comments section, or on our Facebook page.