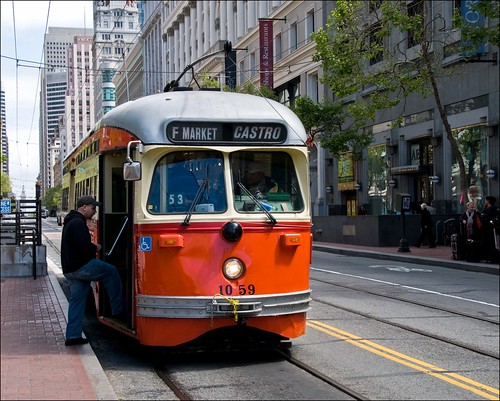 If you’re a regular Muni rider, you know that delays are common on weekday commutes to and from work. You might not know, however, that San Francisco’s transportation agency has routinely fallen short on safety inspections for the past year and a half, according to a report released this week by the California Public Utilities Commission. Many of the safety problems cited had to due with old and damaged tracks, which “present a public safety risk, and could resulting…possible derailments,” and automatic control systems that constitute “a serious public safety hazard.”

Muni is currently in the midst of a $141 million rail upgrade, but with the majority of the city’s light rail tracks more than 30 years old, it will take much more to revamp the entire system and meet the state PUC’s suggestions. And now that the PUC has highlighted safety problems, the SFMTA could face additional financial obstacles. “Our safety inspectors allege a number of deficiencies in Muni’s operations,” said California PUC President Michael Peevey. “We must now determine whether SFMTA’s behavior violates the law, and if so, whether fines and penalties are appropriate.”

So far, Muni has denied the safety allegations. “We have a very safe system,” said SFMTA Executive Director Nathaniel Ford. “We’ve had our challenges over the years…but we have a good track record.” Noting that the report came as a surprise, Ford added “I am confident that the accusations leveled by the CPUC will prove unwarranted.”

Due to the tough economic climate and California’s budget deficit, finding the funds to make the suggested safety improvements will be difficult. But city safety is of the utmost importance, and since public transportation accident lawsuits have cost San Francisco millions over the past few years, making the suggested improvements quickly and efficiently will both prevent injuries and save San Francisco a bundle over the next decade.