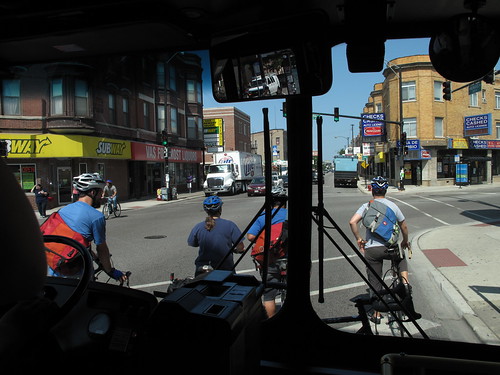 Collisions between bicycles and vehicles are as close to a David and Goliath encounter as you’ll see on modern-day roads. Bicycles take up much less space, have a fraction of the carbon footprint as cars, but must constantly be aware of vehicular behemoths, even while obeying all of the rules of the road. But when vehicles are involved in bicycle accidents, the law often favors the driver, according to a new report by Bicycle Times Magazine.

Even when these accidents are fatal, the report found, lawsuits are overwhelmingly diverted away from criminal courtrooms toward civil proceedings. The reason for this is simple. When bicycle use boomed in the 1970s, roads didn’t yet have the infrastructure to support a consistent bike-to-work population. As a result, bicycle accidents clogged up the courts. “Until then, motor vehicle offenses were criminal,” David Hiller of Washington State’s Cascade Bicycle Club told Bicycle Times. “Then, in exchange for waiving the right to due process, and to unclog the courts, the trade off was those cases would be handled in civil court.”

Currently, only nine states carry criminal penalties for bike-car accidents: Alabama, Arizona, Georgia, Hawaii, Idaho, Nebraska, Nevada, North Carolina, and Utah. Noticeably absent is California, which had 131 bike fatalities in 2008 alone. Meanwhile, most car-to-car deaths would have the option of being tried in criminal court.

The purpose of requesting the option of a criminal trial for drivers involved in fatal bicycle accidents is not to lock more people up. “While sending every driver who makes a fatal error of judgment to prison is not a realistic solution,” wrote Oregon lawyer Ray Thomas in a letter to the Bicycle Transportation Alliance in Portland, Oregon, “the time has come to recognize that driving is a dangerous privilege and serious consequences should follow anytime a needless death occurs because a driver failed to drive carefully.”

Of course, the major problem facing cyclists who hope to reform accident laws is that 63 percent of the population drives and considers it the responsibility of cyclists to get out of their way. States are growing more serious about penalties for bike-car accidents, but progress is slow. So if you’re a regular biker, be careful out there and remember to give cars the right of way whenever in doubt until David and Goliath become more equal in California courts.