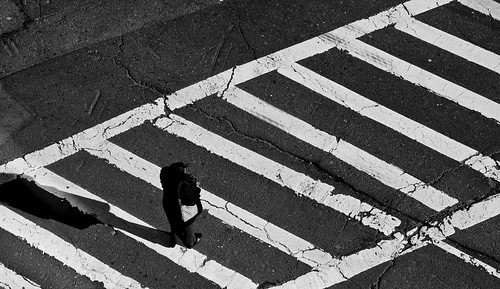 Pedestrians beware, as we head into the holiday months, generally considered the most dangerous for pedestrians and cyclists due to increased traffic, worsening road conditions, and dimmed visibility. Thanks to daylight savings and the holiday rush to acquire presents, it’s no surprise that the final three months account for about 40% of the year’s total pedestrian accidents. But even before the statistics for November and December roll in, Oregon has noticed a significant increase in pedestrian accidents this year.

So far, the Oregon State Police report that 52 pedestrians have been killed statewide, an 80 percent increase over the 29 killed during the same period last year. In response to these deaths, which have been blamed in part on visibility, the state has launched campaigns to raise awareness for pedestrian safety. “Most people just don’t realize how invisible they are,” said Julie Yip of the state’s pedestrian safety program. One campaign commonly advertised in public transportation hubs asks pedestrians to “be visible” and “dress to be seen.”

Here in California, the year’s pedestrian statistics have been much more promising. In 2009, California suffered 563 fatal pedestrian accidents, a 10 percent drop under the 2008 total of 620 according to the state’s Fatality Analysis Reporting System. California’s bicycle fatality total also decreased 10 percent in 2009, from 109 the year before to 99.

To assure safety, pedestrians are generally told to cross the street at marked cross walks. But when those aren’t accompanied by a traffic light, they can be even more dangerous than unmarked cross walks because they give pedestrians a false sense of security, a San Mateo jury ruled earlier this year. For this reason, the safest option is always to cross the street at a marked crosswalk that is accompanied by a traffic light and pedestrian signal.

California’s 2009 statistics are encouraging, but whether you’re in the Golden State or up in Oregon, remember to be extra careful and “dress to be seen” on sidewalks and crosswalks during the holiday months.