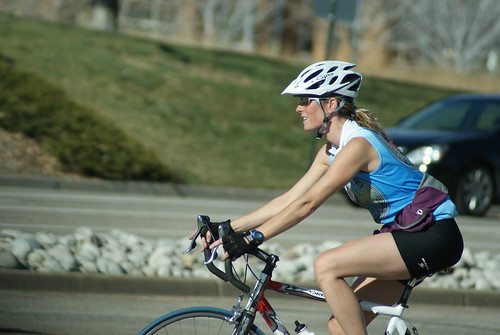 Each year, more than 130 cyclists are killed on city streets in California alone, and nearly 700 are killed nationwide. Of these bicycle deaths, nine of ten was at least partially due to the fact that the rider was not wearing a helmet. Though many bike deaths are preventable by enacting strict laws regulating bicycle safety, most states have not been bold enough. As public health researcher Peter Jacobsen asks, “Why do we allow these deaths to occur?”

One answer is that, even within the bicycle community, riders are reluctant to embrace helmet laws. While most states nationwide require motorcyclists to wear helmets, only 21 require cyclists to wear helmet (and that’s often only for children). In August, when Los Angeles Mayor Antonio Villaraigosa announced his support for a California helmet law at a bicycle conference, the idea was greeted by boos.

Taking the safety statistics into account, GJEL Managing Partner Andy Gillin supports such a law. “All state governments need to refresh cycling safety rules and implement a cycling-under-the-influence law,” he said. “California, for example, requires motorcycle helmets for all riders; bicycle helmets for riders 17-years-old and younger; and, includes a cycling under the influence law. Although California has some laws on the books, it should consider helmets for all bi-pedal vehicles.” GJEL has created an interactive map listing such bicycle laws in each state.

Even less common are cycling under the influence laws, which have been adopted in few states, including California and Oregon. Some states, like Florida and Pennsylvania, have regarded bicycles as vehicles, to be regulated under regular DUI laws.

The bicycle industry has been much more receptive toward laws that require a three-foot passing lane between drivers and cyclists while passing. Such laws have been adopted in 11 states nationwide, including Arizona and Illinois, and when Villaraigosa introduced his helmet plan in August, Los Angeles City Councilmember Bill Rosendahl drew more favor for endorsing a three-foot passing law instead.

But bicycle safety laws are not mutually exclusive. California can pass a three-foot passing law and still consider a helmet law to increase safety for all cyclists. To wit, in its list of commandments for bicyclists to share the road, Bicycle Magazine said that cyclists should follow each of the three safety measures listed above: wear helmets, support three-foot passing laws, and never drink while riding a bicycle.