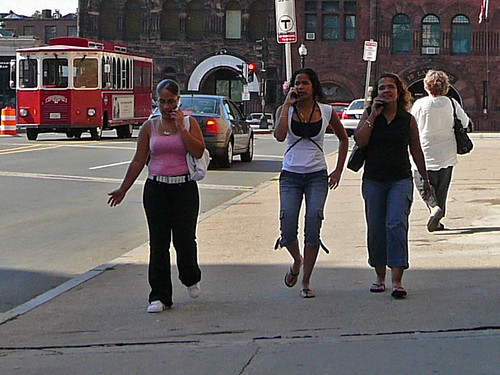 As part of its ongoing campaign to assess pedestrian safety, the Governors Highway Safety Association has released preliminary data from each state regarding pedestrian fatalities in 2010. Based on the data from the first six months of last year, the numbers look mostly identical to the same period of 2009. But the information also leads the National Highway Traffic Safety Administration to guess that the final total will be an 8% decrease from last year’s figures. The news is encouraging, but as in past years, California has reported by far the largest number of pedestrian fatalities, an issue the state must address to boost pedestrian safety in 2011.

To a certain extent, this makes sense. Making up approximately ten percent of the country’s population with 37 million people, (the next biggest state, Texas, has 25 million) California is bound to report more traffic fatalities across the board. But each year, California represents a disproportionate number of pedestrian fatalities. This year, the GHSA reports, the four states with the largest populations (California, Texas, New York, and Florida) accounted for more than 40% of the country’s pedestrian accidents. The 25 states with the fewest fatalities, on the other hand, accounted for only 12% of the nation’s total.

We talk a lot the GJEL blog about distracted driving. The GHSA report notes that distractions were also a significant factor in pedestrian fatalities in 2010. “Both drivers and pedestrians are increasingly distracted by cell phones and other portable electronic devices,” the report states. “Anyone who travels in a busy city has seen countless pedestrians engrossed in conversation or listening to music while crossing a busy street,” added GHSA Chairman Vernon Betkey Jr.

So whether you live in California or elsewhere, the report serves as a needed reminder to stay safe and avoid distractions while walking or driving on city streets. That’s the best way to avoid becoming a statistic in next year’s yearly report.