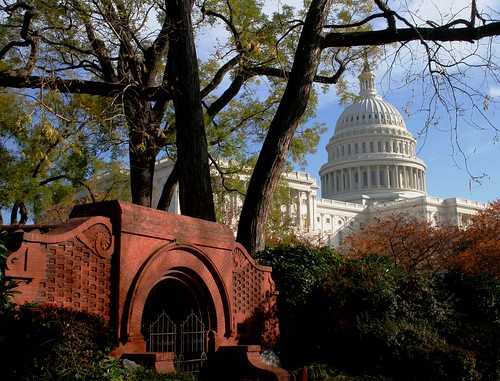 For months, national lawmakers have sparred over the benefits of a proposed auto safety overhaul, potentially the largest update for the National Highway Traffic Safety Administration since it was created in 1966. Democrats, led by West Virginia Sen. Jay Rockefeller, say the overhaul is essential and would save lives. Republicans, speaking for the business community, say it would put an undue burden on the auto industry. Regardless, Democrats are hoping to push the safety overhaul through Congress before the end of the year.

This week, the legislation got some support from the nation’s top traffic safety expert. “If they can get it out of the Senate, the hope is to try to have the House take it up and pass it,” said NHTSA administrator David Strickland. “I’d love to see the (safety act) go forward. There’s clearly a lot of very positive aspects of the piece of legislation.”

The Detroit News highlights the primary actions of the proposed bill:

The bill would require all new vehicles to have event data recorders, also known as “black boxes,” by the 2015 model year and post decals in new vehicles explaining how consumers can make complaints.

The measure would boost the maximum fine for automakers failing to comply with auto safety regulations from $16.4 million to $200 million.

It would require automakers to designate a “senior official responsible for safety” to certify the accuracy of information submitted to NHTSA or face fines of $5,000 a day, or up to $5 million.

The proposal also would give NHTSA sweeping authority to order vehicles off the road it deemed an “imminent hazard.”

On a couple of these points, proponents compromised with the auto industry to come up with this new proposal. The agency originally sought to remove the liability cap altogether, rather than raise it to $200 million. And if the bill passes, the industry will now have more time to comply. Still, auto companies say they will oppose portions of the auto safety overhaul, which executives say could raise the cost of vehicles by thousands of dollars. The industry says, for example, that they support the black boxes, but worry about cost. “The typical airplane black box costs $22,000, which is close to the average price of a new car,” said Dave McCurdy, president of the Alliance of Automobile Manufacturers, which includes Toyota, General Motors, Chrysler, and a handful of other major companies.

Even before the GOP takes control of Congress in January, it is unclear whether the Democrats have enough power to make the auto safety overhaul law, especially considering that Rockefeller would need unanimous support within his commerce committee to bring the bill to a vote. We will post updates throughout the month as they arise.