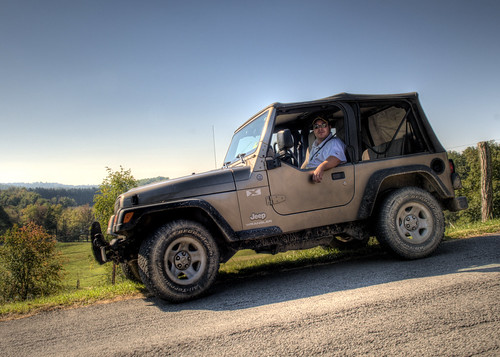 Chrysler announced today that it will recall more than 600,000 vehicles for safety problems in the brakes and wiring of popular Jeep and Dodge models. The company will recall a quarter of a million 2008-2009 minivans for an electrical problem with sliding doors that could “possibly result in a fire”; nearly 300,000 2007-2010 Jeep Wranglers for brake fluid leaks and break failure “increasing the risk of a crash”; and 25,000 2007 Dodge Calibur and Jeep Compass models for sticky accelerator pedals.

Chrysler’s recall headache has been nowhere near as brutal as Toyota’s. But the company was publicly targeted by the National Highway Traffic Safety Administration in early May for complications that arose from the sticky acceleration pedals. At the time, Consumer Reports wrote, “coincidentally the pedal assemblies were built by the CTS Corporation, which is the same supplier that built the pedals in eight Toyota models that were recalled for sticky accelerator pedals in January.” Is that a coincidence, or is it a trend?

In a statement, Chrysler clarifies that all of the affected brakes resulted from a mechanical error that occurred during a five week period in the spring of 2006. The company also said that it has not heard of injuries or fatalities that resulted from the affected vehicles.

Last week, the House Energy and Commerce Committee approved legislation designed to improve safety standards for US auto companies. The bill, which was introduced after the Toyota recall of nearly 9 million vehicles worldwide, would increase the $16.4 million liability cap for auto companies and implement black box recording devices in all new vehicles to help determine the cause of accidents. The auto industry claims to support the measure but warns that the black boxes could drastically increase new vehicle prices. “The typical airplane black box costs $22,000, which is close to the average price of a new car,” said Dave McCurdy, president of the Alliance of Automobile Manufacturers, which includes Toyota and Chrysler, among other major auto companies.

The price is a valid concern, but if the higher price tag upfront deters future Toyota catastrophes, new safety regulations could save money and lives.