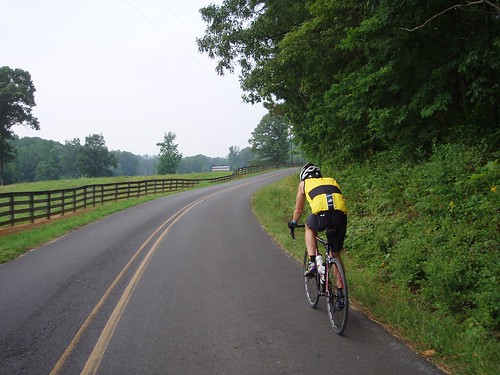 CLAYCORD.com, a site dedicated to the East Bay hamlets from Clayton to Concord, hosted an interesting question on their Wednesday Water Cooler talk: “What is the most dangerous street in Claycord?”The answers were an unfiltered look at how people perceive their surroundings, and what factors contribute to a dangerous conditions. The thread is about sixty responses long, so it’s not a massive sample size, but it’s still a significant and interesting swath of the community.

A few commenters also pointed out something very true about suburban Bay Area roads. four lane roads with a median in the middle and two lanes traveling in either direction feels like a freeway. This is something that Wendy Alfsen of California Walks talked with us about in our Word on the Streets video cast. Speed limits are well and good, but it’s also important to recognize that speeders will not be deterred by speed limit signs when they feel they are in a situation in which it is safe to speed– a “read” often made based on the appearance of the road they are driving on.

One commenter said this about Concord Blvd:

“Speed limit is too high for a residential area and speeding is a major problem. It has been awhile since someone died on that road. Lower the speed limit to 25, put in median to prevent passing and speed bumps like on Landana.”

Others focused on non-car traffic. Pedestrian and cyclist safety came up a few times, but mostly as an annoyance to drivers.

While that’s not all that encouraging, more worrisome were the comments like this one “I have to say that the most dangerous drivers are the ones going 25mph and blocking the flow of traffic. If you can’t do 34 or 40, get off the road!!”

Of course this couldn’t be further from the truth. In reality, drivers that take it slow are only dangerous is other drivers are speeding. But the real issue is that driving just 5-10 miles per hour faster dramatically reduces the time that drivers have to react to the unexpected and increases the likelihood of a fatal accident.

But thought the answers weren’t what a street safety advocate loves to see, it’s important for the discussion to be taking place. It’s important for Concord residents and drivers to be cognizant of the most dangerous spots in the area.