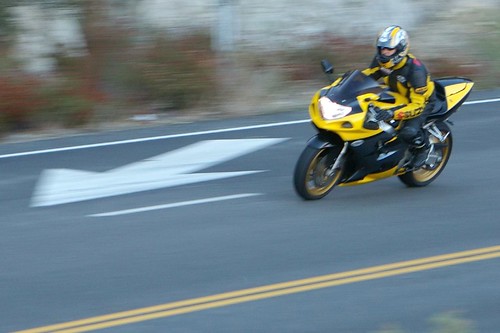 The National Highway Traffic Safety Administration is clearly doing something right. Earlier this month, the Department of Transportation boasted a major drop in car accident deaths in 2010, the lowest number in more than 60 years. And this week, the Governors Highway Safety Association reported that in 2010, motorcycle accident deaths dropped 2% to 4,376, the second straight decline. This is further proof that initiatives on the part of lawmakers and safety advocates to make the roads safer have been successful and should continue. But the GHSA warns that the drop in deaths could overshadow some of the report’s more troubling findings.

First of all, the reduction is much more modest than the 2009 drop of 16%. And you look at the numbers more closely, it’s clear that the drop in motorcycle accident deaths was concentrated in the early months of 2010. In fact, motorcycle deaths actually rose in the second half of the year. Moreover, adding to the fact that motorcycle helmet laws are lax in nearly all states, the Department of Transportation approved 16% fewer helmet designs than the year before.

“If the states don’t do something, you’ll see (fatalities) rise again in this year, 2011,” said the report’s author James Hedlund. Fortunately, GHSA Executive Director Barbara Harsha thinks the groundwork has already been laid for enacting better motorcycle safety laws. “The same kind of emerging improvements that have been made in (Cars) can be made in motorcycles,” she said. “One would expect to see a reduction in fatalities and injuries.”

Motorcycle fatalities currently make up about 13% of all traffic deaths nationwide and here in California, which is a high percentage considering that there are relatively few motorcyclists on the roads. While states should implement stronger motorcycle safety laws, a large portion of motorcycle safety relies on personal choices. So to help stay safe, wear a helmet, stay under the speed limit, and never drive under the influence of drugs or alcohol.