Election or Appointment of Judges? 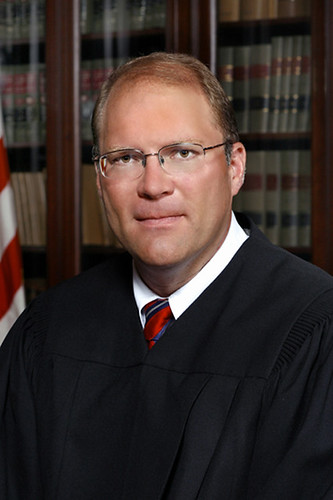 Being a Wisconsin native, I’ve been following the case surrounding State Supreme Court Justice Michale Gableman for the past several months. Of course, it wasn’t a case, exactly, when I started following it–it was just an advertisement on my television. But now the little television has turned into a national discussion surrounding the  election of judges.

First, it should be noted that we elect our Supreme Court judges in Wisconsin. This isn’t done everywhere–other states prefer the appointment method. Gableman was running for election to the Supreme Court against incumbant Justice Louis Butler. Gableman ran a television advertisement during his campaign that had a few true statements about Butler’s career as an attorney strung together in a way that is perceived by many to be untrue.

The advertisement said, “Butler found a loophole. Mitchell went on to molest another child.”  It did not mention that even though  Butler won the appeal, the State Supreme Court ordered that Mitchell remain in jail.  Only after he was released on parole did he commit a subsequent crime. The ad also didn’t mention that Butler represented Mitchell as an attorney and never heard the case as a judge.

Now there’s some heated battles taking place. Chief among them is the question of what constitutes a lie. It is true that Butler found a loophole, but it didn’t matter–the client still went to jail. And Even if Butler hadn’t found a loophole, the result would have been the same–Mitchell would have done time, and then gone on to commit another child molestation. Gableman didn’t lie outright, but he might have twisted the truth.

An even bigger question for Wisconsin politics is the question of whether or not to continue electing judges. United States Supreme Court Justices are appionted–why not Wisconsin Justices? The argument for election is that the people should choose who they want interpreting their laws. But there is something to be said for preventing partiality towards potential litigants–if a campaign donor comes before an elected judge, the door for judicial bias is opened wide.

I have always been proud of my home state’s choice to let the citizens elect their judges, but now I’m having second thoughts. If we continue to use the election model, should statements be heavily monitored? What about requirements that judges recuse themselves if a campaign donor comes before them as a litigant? Should these elections be handled similarly or differently from other political elections?

I’m interested to hear the opinions of others. Sandra Day O’Connor vehemently opposes elections for judges. Do you?