You might remember me writing about the case against Merck because of the horrendous side effects of their drug, Fosamax. If you’ll remember, the first “test” case to go to trial was in New York, and when I wrote my last post on the topic, the jury was just beginning deliberations. Plaintiffs’ attorneys were all abuzz, waiting to see what the outcome would be. 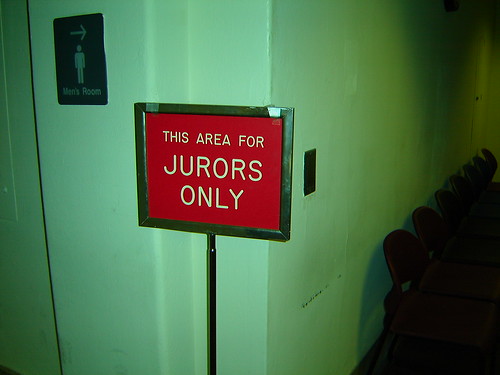 Well, they’re still waiting. And it looks like they’ll be waiting a bit longer, because the judge has called for a day long “cooling off” period in the deliberations. Apparently, things were getting quite heated in the jury room for the past several days. Things have been tense, and the jury sent two notes out to the judge on Wednesday about the tone of the deliberations, neither of which was read openly in court. After receiving the notes, the judge had jurors individually escorted to the subway.

But that was just Wednesday. The day before, the jury sent four notes indicating that they were at an impasse. Despite that information, the judge requested that they continue deliberations and try to come to a result.

One juror in the case has even indicated that she felt threatened and intimidated. The plaintiff’s attorney asked for a mistrial as a result of that information, but the defense brought forth a note signed by the other seven jurors stating that no threats or intimidation took place.  That mistrial motion was denied.

But now the pressure is on. Outside the presence of the jury, the judge indicated that he would declare a mistrial if a result wasn’t reaced by 5:30 PM EST on Friday.