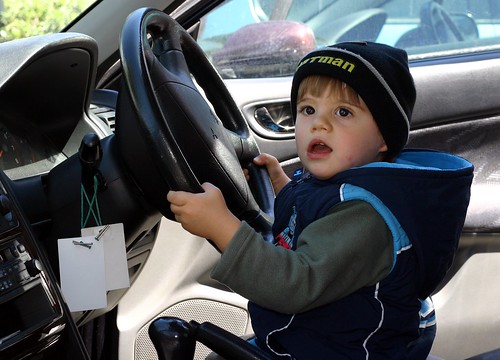 It’s natural that National Teen Driver Safety Week would ignite discussions about teen safety issues related to distracted driving, reckless actions, and graduated licensing laws. What’s unusual about this year’s NTDSW is that it comes on the heels of an AAA study which puts some of the blame on some parents for their children not being prepared to drive unsupervised, especially in heavy traffic or rain. Although more than half of parents don’t consider their child prepared to drive after a yearlong learner’s stage, a third of those families allow their son or daughter to get their license within a month of being eligible.

“Driving in a variety of settings is the best way to build competence; starting early and practicing often can make the crucial difference between being a tentative novice driver or one capable of handling challenging and unavoidable driving scenarios,” said AAA Foundation President and CEO Peter Kissinger. “Until now, there has been almost no scientific research on what parents actually do while supervising their teens’ driving. This study reinforces that parents are ideally positioned to assess their teen’s early driving ability and provide invaluable training and guidance during this critical time.”

More states nationwide are implementing graduated licensing laws with the purpose of giving new drivers a mechanism through which to build driving skills under parental supervision. In California, for example, drivers receive their learner’s permit at 15 years, 6 months, their restricted license at 16, and their unrestricted license a year later. By this time, safety advocates hope drivers have the skills and emotional maturity necessary to drive without supervision.

In the past few years, accidents among the teenage population have skyrocketed, and car accidents are now the number one killer of teens. Some have attributed this to lack of behind-the-wheel training before teens receive their license. “Humans learn complex tasks like driving more from direct experience than by being told what to do,” said the University of North Carolina Highway Research Center’s Arthur Goodin, the report’s primary researcher. “Parents should ask themselves: Do I want my teen to learn how to handle bad weather, darkness, rush hour traffic or narrow rural roads without me in the car?”

For most parents, the answer to this question is a resounding no. So the AAA report serves as a National Teen Driver Safety Week reminder to give students as much training as possible during their learner’s period. And from a safety perspective, if your child is not quite ready for a license when he or she is eligible, it’s worth taking a few extra months to hone in on the areas in which he or she can improve.