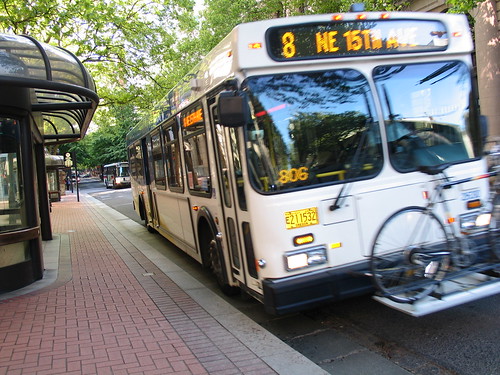 Back in April, one of Portland’s TriMet busses struck five pedestrians while turning left onto a busy street. Danielle Sale, 22, and Jenee Hammel, 26, were both killed. Families for the two victims in addition to Robert Gittings, who was seriously injured by the accident, have launched a lawsuit against Portland’s public transportation system, the driver of the bus (who has since been fired), and the bus manufacturer, totaling $30 million.

The Oregonian reports that Gittings, Sale’s boyfriend, suffered catastrophic injuries including “fractures to his ribs, pelvis, shoulder blade and foot; the loss of several front teeth; a ruptured spleen; a head injury, and other wounds” that contributed to more than $250,000 in medical fees.

The plaintiffs allege that the bus was driving too fast, and did not take enough time to consider safety at the intersection, which they say reveals that TriMet “approved a culture within TriMet that failed to place safe and defensive driving as the top and overriding priority.”

While everyone agrees that the number of fatal pedestrian-bus accidents must be reduced, few understand how this result can be achieved. After a string of bus accidents involving Portland’s public transportation agency and pedestrians back in April, The Oregonian reported that although left-turn accidents were “alarmingly common,” the agency resisted a proposed “no-left” policy. Instead, TriMet said that it would reduce, not eliminate left turns, and discontinue some of the city’s most dangerous stops.

Hammel’s family hopes that her death will lead other pedestrians and public transportation drivers to be safer on city streets. “The more the story is told and they’re stopped from pushing my daughter’s death under the rug,” said Danielle Sale’s father David, “the more I know she died for a just cause – to improve transit safety so this doesn’t happen again.”