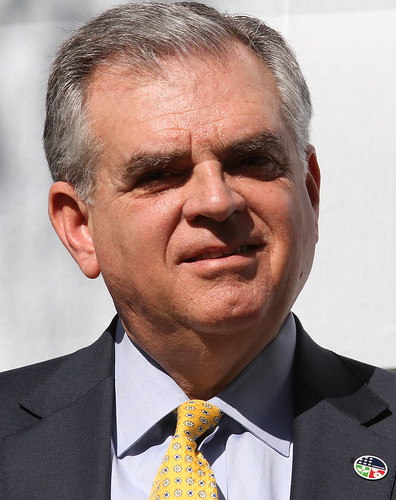 As Distracted Driving Awareness Month comes to a close this week, it’s helpful to look back at what lawmakers and safety advocates have accomplished over the past few years, when distracted driving was really on the rise. While most states hadn’t even considered distracted driving laws five years ago, about 7 now ban the use of handheld cell phones, and more than 30 states prohibit texting while driving. Fortunately, Secretary of Transportation Ray LaHood isn’t only thinking about distracted driving during April every year. He’s laid out a forward-looking plan that promises to get even more comprehensive as the year progresses.

Speaking to Consumer Reports for its April 2011 issue, Ray LaHood expressed his vision for laws against distracted driving in the months and years to come. By the end of his interview, it becomes clear that LaHood’s initiatives could turn distracted driving into a practice as taboo as driving without a seat belt or even driving drunk. This could include some sort of federal law that would require all the states to adopt distracted driving laws, similar to how DUI laws expanded nationwide.

“We’re going to push Congress to pas a federal law,” LaHood told Consumer Reports. “We’ve adopted it as our signature safety program because we think we’ll save a lot of lives…we believe a federal law with good enforcement can change people’s behavior.” Enforcement is the key word here, since many state police officers have reported having difficulty enforcing existing laws with current resources. As far as LaHood is concerned, this is no small problem. “You can pass all the laws you want,” he says, “but if they’re not enforced, they’re not really good laws.”

For Distracted Driving Awareness Month, we’ve developed lists of the 5 Most Dangerous Distracted Driving Technologies, the 5 Worst Driver Safety States, and 5 Great Cell Phone Apps to Prevent Distracted Driving. Each of these resources are designed to help drivers avoid unsafe driving situations, and change their own unsafe behavior. But when it comes to making large-scale changes to eliminate distracted driving, Secretary LaHood is on the front lines to make the roads safer by boosting regulations against distracted driving.

We’ll be following the gradual changes to distracted driving laws on the local and national level. So continue to follow GJEL here on the blog, on Twitter, and on our Facebook page.