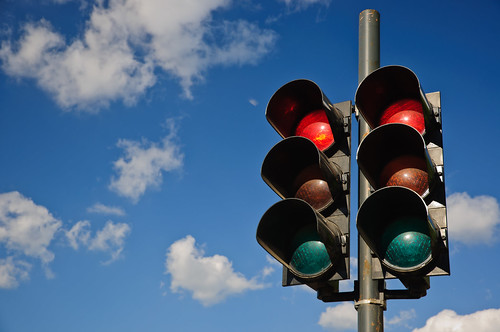 You know those annoying cameras that catch you accelerating through the end of a yellow light and send you a fat bill? In addition to eating a portion of your paycheck, a recent report by the Insurance Institute for Highway Safety found that these red-light cameras save lives. In fact, the report found that the cameras, newly installed in 14 cities between 2004 and 2008, saved about 160 lives that would have been otherwise lost. And if the cameras had been implemented in all major American cities, 815 lives could have been saved.

Drivers have long criticized red-light cameras as traps to boost city revenues. This contention is supported by the fact that the cameras netted $7.2 million for about 85,000 red-light tickets in a one year span between 2009 and 2010 for Washington DC alone. “We’re hopeful this will stop some of the backlash against cameras,” IIHS president Adrian Lund told the Washington Post. “Much of the attention to victims of the camera has been paid to people who received tickets. Hopefully, this will return the focus to the people who have been killed or injured by red-light running.”

The IIHS report found that of the 2.2 intersection accidents each year, running red lights accounts for 676 deaths, a 26 percent improvement under five years ago. The rationale for the statistical improvement is understandable: if drivers are afraid that they will get a ticket in the mail, they are more likely to approach intersections with caution rather than zooming through yellow and red lights. This caution will improve safety for drivers, but also pedestrians and bicyclists, who are disproportionately affected by accidents resulting from running red lights.

More than anything, the test red-light camera programs in Washington DC indicate their ability to improve road safety and save lives. “Our traffic fatalities have been cut in half in four years,” said DC Police Chief Cathy Lanier. “We see less high-speed crashes, we see less crashes at what used to be the worst intersections. Because of speed enforcement, when people do crash, it’s at a slower speed, so there are less likely to be fatalities.”