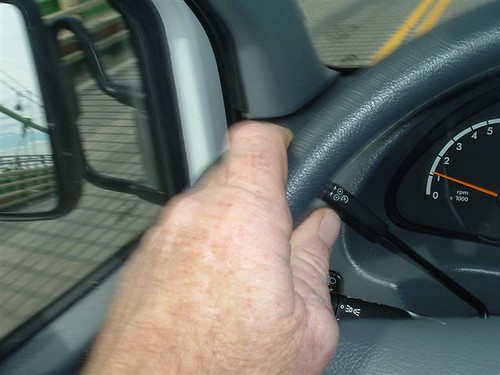 Taking away the keys from senior drivers is a difficult decision that often causes conflict between family members and friends. But scientists and safety advocates have repeatedly shown that as people age, they often lose the motor skills and mental capacity to remain alert behind the wheel. In this vein, a new report by the American Psychological Association has found that driving errors increase with age both for dangerous drivers and those with a previously impeccable record. So talk to your parent or friend senior driver about the dangers of driving after motor skills decline.

The study asked 266 drivers between the ages 70 and 88 who live alone, drive once a week, and show no signs of dementia to drive a 12-mile city course with professional driving instructors marking their errors. The driving infractions most noted by the Consumer Reports Cars blog were failing to check blind spots, veering across lanes, and neglecting to use turn signals. Driving instructors were forced to intervene by grabbing the wheel or slamming on the brake for 17% of tested drivers. What’s most interesting for senior drivers is that errors increased fourfold from the youngest to oldest drivers.

These results help to explain some troubling recent senior driving accidents that resulted in dozens of deaths and injuries. In the most terrifying example, an 89 year-old killed 10 and injured 70 in 2003 when she drove through a California farmers market at 60 miles per hour. And this February, 83 year-old Clarence Kinney caused a massive multi-car accident near San Diego after turning the wrong way on a freeway.

Of course, senior drivers are not more unsafe across the board. Some, who have maintained their motor skills and mental capacity, have been proven to be much safer and road conscious than most age demographics. So instead of passing blanket laws against senior drivers, state legislatures should enact laws that screen drivers for eyesight and motor skills before their license is renewed.

We know that even as the roads get more dangerous for senior drivers, it’s difficult to discuss the possibility of putting the keys away for good. So we’ve put together guidelines for starting the conversation about managing safety risks for senior drivers, complete with alternatives to driving, and senior driver screening laws that have been implemented in states across the country. Also see our Senior Driver Safety Checklist & Self Assessment.