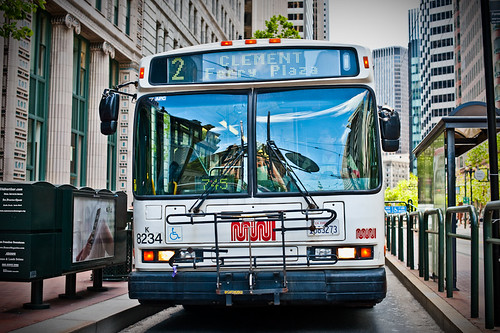 As I’ve said before, getting hit by a bus has to be one of the worst nightmares imaginable. Clearly, much of the responsibility lies with pedestrians to be careful and avoid accidents. But far too often, San Francisco pedestrians are involved in bus preventable bus accidents due to inexperienced or incompetent bus drivers. A new report by the San Francisco Examiner found that although many preventable accidents are caused by bus drivers who have been in preventable accidents before, the city plans to fire very few drivers.

In 2010, the report found, there were 379 preventable bus accidents which involved 348 bus drivers. Of those, four drivers had three preventable accidents, 23 had two, and 321 had one. Still, the report found that the San Francisco Municipal Transportation Agency is only considering firing seven drivers. Here’s how the Examiner describes the San Francisco MTA’s procecdure following a bus accident:

When a collision is determined to be avoidable, the driver is counseled about the error, trained and given a written warning, according to Paul Rose, a spokesman for the SFMTA, which operates Muni. Depending on how serious the accident was, the driver might be suspended for two days or 10 days, or get fired.

But Rose said operators’ records are cleared after 12 months, meaning some drivers could be responsible for minor accidents every year without more than a written warning. He said past major accidents can be taken into consideration if suspension or dismissal is being considered.

Paul Rose, a spokesman for the SFMTA said the bus accident numbers show that most Muni drivers are safe. “Ninety-nine percent have either zero or only one preventable collision,” he said, “and that’s saying that the vast majority of our operators are exceptional at what they do.” Walter Scott III, a spokesman for the bus drivers’ union said the numbers are encouraging considering that bus drivers carry 700,000 people while driving a 40-foot vehicle and dodging distracted pedestrians.

While it’s true that many Muni drivers are great at their difficult jobs (and often thankless), the record shows that preventable bus accidents are far too common in San Francisco. Even just from a financial perspective, it would be in the city’s interest to fire bus drivers who are consistently involved in preventable bus accidents. Last month, for example, the city settled a personal injury lawsuit with a passenger injured in a train accident for $2 million.

So to improve pedestrian safety and save San Francisco a bundle, the SFMTA should get tough on drivers involved in preventable bus accidents.