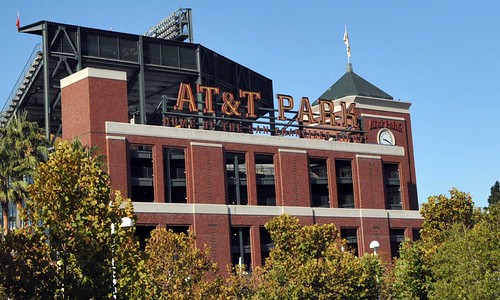 By now, you’ve likely heard the story about 9 year-old Ryan White, a Philadelphia tourist visiting San Francisco to see the Phillies play the Giants. After the game, White was hit by an alleged drunk driver in San Francisco. White suffered bone injuries to his pelvis, left leg, and ankle, as well as internal injuries and a serious brain condition. But it looks like White has turned a corner following this tragic car accident. On Tuesday morning, doctors downgraded his condition from critical to serious, following White’s first spoken words since the accident.

“Currently he is following some basic commands,” said White’s parents. “We are hopeful as he continues to improve. In a matter of days he has gone from giving us a thumbs up or thumbs down response to speaking in sentences for the first time this morning.”

The alleged drunk driver, 21 year-old Andrew Alan Vargas, immediately fled the scene after hitting White, only to return to the scene and drive away again, according to the police report. As Vargas swerved away, he hit multiple other cars parked on the street. He has been charged with two counts of drunk driving and causing injury, and one count of hit-and-run and causing injury.

This accident, and similar accidents that happen every day, indicate the urgent need for California to adopt stricter laws against DUI offenders, but also to prevent future drunk driving accidents and injuries. Each year, California mourns more than 1,000 alcohol-related vehicle deaths, a full 30 percent of all accident deaths. While some states, like Oregon, New York and many others, require ignition interlock devices that prevent the car from starting if the driver is intoxicated, California is only testing such a program in four counties. Expanding ignition interlock programs could seriously reduce the number of alcohol-related car accident deaths here in California.

Like most San Francisco residents, my thoughts are with Ryan White and his parents as they manage these tragic injuries. “We have been deeply touched by the outpouring of support from people we don’t even know, local residents and merchants, such as Lefty O’Doul’s, that are stepping forward,” said White’s parents in a statement. “Thank you very much.”