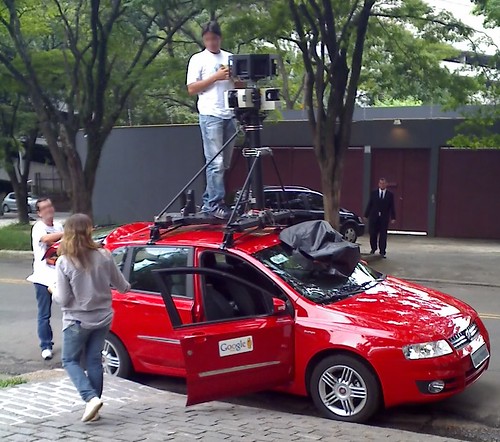 Over the past year, Internet giant Google has grown closer to developing a car that can drive itself. The company, which has overseen seven cars traveling more than 140,000 miles, says that such vehicles could improve road safety by taking it out of the hands of drivers. But the idea could raise a number of questions related to safety and liability in the case of a car accident.

Many safety advocates cannot help but think the idea sounds dangerous. As the New York Times reports, “the car can be programmed for different driving personalities — from cautious, in which it is more likely to yield to another car, to aggressive, where it is more likely to go first.” What happens, for example, if multiple vehicles are programmed as aggressive? The onus of proving that such vehicles can safely reason like humans is on Google and others trying to develop such futuristic technology.

It’s also notable that such cars are most successful in the absence of unexpected events. In the Google car described, the driver could hit a red button and tap on the breaks to regain control of the vehicle, which he did twice during the demonstration for the Times reporter. But computer control has the potential to lead drivers to feel comfortable paying less attention to the road, meaning they would not catch such unexpected events.

Then there’s the question of liability following a car accident. As the Times asks, “in the event of an accident, who would be liable — the person behind the wheel or the maker of the software?”

“The technology is ahead of the law in many areas,” said Bernard Lu of the California Department of Motor Vehicles. “If you look at the vehicle code, there are dozens of laws pertaining to the driver of a vehicle, and they all presume to have a human being operating the vehicle.”

But even beyond the question of liability, I worry that making a push toward computer-controlled vehicles could run contrary to efforts to curb distracted driving. The comments of Dr. Sebastian Thrun, the project’s “brainchild,” are less than encouraging. “Can we text twice as much while driving, without the guilt?” he asked recently. “Yes, we can, if only cars will drive themselves.”

I’m always in favor of technological solutions to make driving safer. But Google’s project should be careful to remind drivers of their responsibilities on the road. When it comes to distracted driving, which killed more than 6,000 last year and injured nearly half a million more, I’d rather people focus on putting down their phones than finding excuses to use them more.