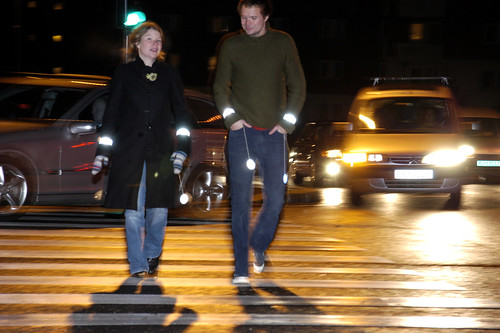 As pedestrians in San Francisco and throughout the country become more active, some increase in pedestrian accidents is inevitable. Especially when it comes to senior citizens, children, and people in poor neighborhoods, pedestrian accidents remain a major problem. And based on preliminary data from the Governors Highway Safety Association, California reported the highest number of pedestrian fatalities in 2010. With this in mind, the SFMTA has charged a Pedestrian Safety Task Force with developing a plan to tackle San Francisco’s pedestrian safety problems head on.

The task force intends to meet the challenge set by an executive directive from the Mayor’s Office last December, which set the goal post at reducing pedestrian injuries 25 percent by 2016 and 50 percent by 2021. Considering the current numbers, that’s a lofty goal. There are more than 800 pedestrian injuries and 100 serious injuries or deaths each year in San Francisco alone. Statewide, there are 563 pedestrian traffic deaths each year, 14 percent of the national total.

“I am a big fan of that executive directive and I am definitely wanting to lower, if not eliminate, pedestrian fatalities,” said San Francisco interim Mayor Ed Lee. “I am even intrigued with designing these streets immediately so that they don’t have car parking at the corner so that you can see the pedestrians come out.” The task force plans to launch a few initiatives within the next two months, including reducing speed limits to 15 mph in school zones, and working with the San Francisco Police Department to begin a pedestrian safety enforcement program.

“I do think that having this many agencies talking about this topic together is a big step forward for the city,” said Elizabeth Stampe of the pedestrian safety organization Walk San Francisco. When the city began getting serious about pedestrian safety programs late last year, Stampe explained “we’re trying to change the conversation from being about blaming the pedestrian and more into sharing the streets and getting folks to recognize that people who are driving have more responsibility.”

But while lawmakers and safety advocates alike agree that we must do something to reduce fatal pedestrian accidents, funding remains scarce. “We really don’t have enough funding for the pedestrian program, and it’s the hardest source of funding to find for this mode,” said SFMTA Deputy Director of Transportation Planning Timothy Papandreou. “There’s transit money for transit, there’s highway money for roads but for pedestrian safety, for a city pedestrian project, it’s fairly difficult, so we’re taking a different tack, and that is, if we focus on complete streets and work on designing pedestrian safety within those streets we should be able to get the funding we need.

Good luck SFMTA and WalkSF! I’ll be rooting for you and following developments closely.