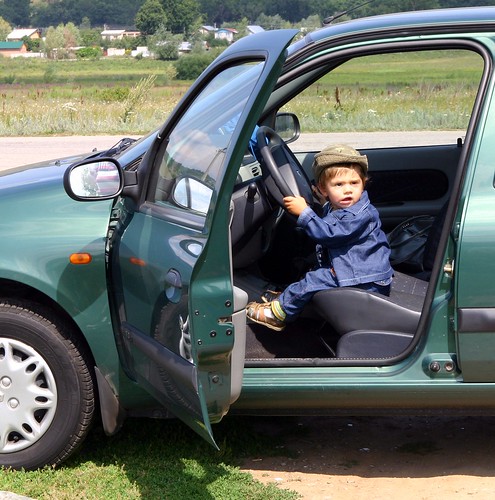 To round out National Teen Driver Safety Week, the Centers for Disease Control and Prevention released an optimistic study showing that car accident deaths caused by teenagers has dropped significantly over the past five years. The decrease has been attributed to tougher teen driving laws, and another unexpected cause: the economic recession.

Between 2004 and 2008, the study found, fatal crashes among drivers aged 16 and 17 decreased 38 percent, from 27 per 100,000 people, to 16.7. The extent of the reduction in teen auto deaths varies by state. In states with the strictest teen driver laws, like New York and New Jersey, the number dropped to 9.7 per 100,000. In Wyoming, which is known for the least restrictive teen driving laws, nearly 60 of every 100,000 teenagers are still involved in fatal crashes.

“It’s not that teens are becoming safer,” said Russ Rader of the Insurance Institute for Highway Safety. “It’s that state laws enacted in the last 15 years are taking teens out of the most hazardous driving situations.” Rader points to laws curbing driving at night and with other teenagers as the most important.

California has also shown an encouraging decrease in teen car accident fatalities. But while this is partially due to California’s graduated license law (teens don’t earn unrestricted privileges until 18), the report said that California’s decrease occurred during the last nationwide economic recession. Between 2007 and 2008, for example, teen car accident deaths dropped 48 percent (It dropped a total of 54 percent over the five years studied). To explain this oddity, the CDC writes that “economic downturns are believed to produce greater cutbacks for drivers with limited funds,” due to the price of gas and car maintenance.

That teen fatalities related to car accidents have reduced 38 percent over 5 years thanks to tough driving laws is a fantastic development. But driving continues to be the number one killer of teenagers, causing approximately 1,400 deaths each year. The fight is not over, and won’t stop until state governments enact even stricter laws related to teen drivers and distracted driving.