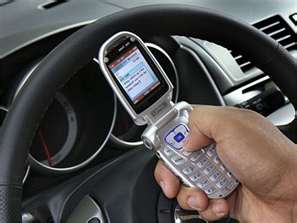 Since it’s Distracted Driving Awareness Month, we’ve been writing a lot about efforts to curb distracted driving here in California. Statewide, 225 local police agencies have teamed up with the California Highway Patrol to establish safety zones and declare a “zero-tolerance policy” for distracted drivers. But while California is generally considered a leader in safe driving laws, the trend has caught on, and a number of states nationwide have boosted their driver safety laws right in time for Distracted Driving Awareness Month.

The Texas Department of Transportation welcomed Distracted Driving Awareness Month with the “Talk. Text. Crash.” Campaign. The program was dedicated largely to the memory of 12 Texas drivers who have been killed by distracted driving. Their family and friends were featured speakers at the campaign launch event. “We’re trying to get the great people of our state to limit their distractions,” said Texas DOT Traffic Safety Coordinator Karen Peoples. “Whenever you’re behind the wheel, make arriving safely at your destination your number one priority.”

There are a number of important steps drivers can take to cut down on distracted driving. But the best strategy is always simply to decide to put down the phone while you’re behind the wheel. Some phone apps will screen texts and calls with a reply that say the driver will return the call when he or she has reached the destination safely. But beware of the most dangerous distracted driving technologies, including Facebook on the car’s dashboard and Google’s self-driving car. Keep it simple, and turn off your phone.