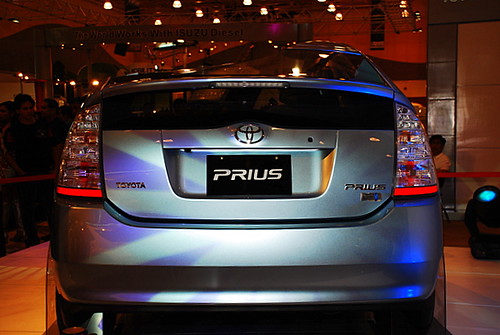 Last week a group of Toyota supporters and anti-attorney advocates celebrated when the Wall Street Journal reported that early findings from the National Highway Traffic Safety Administration showed that many of the unintended acceleration claims against the Japanese auto giant were the fault of driver error, not vehicle electronics.

At the time, we warned that celebration might be premature, since the report was based from an anonymous source and the NHTSA has said it is not close to making conclusions about the cause of unintended acceleration accidents. This week, Toyota is already wrapped up in a set of new scandals indicating that the company isn’t nearly in the clear when it comes to accident liability.

First, Toyota faces a set of new lawsuits claiming that the Prius, the company’s popular brand of hybrid vehicle, was prone to braking problems on rough or wet road surfaces. When Toyota recalled 150,000 in February to investigate the problem, the NHTSA announced it would probe further. “While the manufacturer of the vehicle is Toyota, the defect alleged in this case is different than the defect alleged in your unintended acceleration cases,” said Paul Kiesel, a California attorney who represents Prius owners.

The NHTSA has confirmed more than 120 Prius brake complaints and more than a dozen Prius drivers nationwide have already sued. On July 29, the Judicial Panel on Multidistrict Litigation will hear oral arguments on whether the lawsuits should be combined as an MDL. If the case proceeds, it means more trouble for Toyota in the courts, and in public opinion.

In another blow to Toyota’s supposed escape from liability, a “delayed discovery” motion is picking up steam in Los Angeles that would validate dozens of lawsuits that were once considered expired. The complaint argues that Toyota executives knew about cases of unintended acceleration in 2002, but did not disclose their knowledge until earlier this year before Congress. If proven, this would mean the statute of limitations of two years for filing lawsuits would be moot, and drivers involved in accidents now suspected to be caused by unintended acceleration could file new lawsuits.

“It seems to be against civil concepts of justice that somebody can benefit legally from concealing vital safety information from the American public,” said John Kristensen, the attorney representing Barbara Shepard, who filed the complaint.

It’s still too early to predict the result of these lawsuits. But this week’s developments are fodder to those who hope the company will be on the hook for more than a slap on the wrist.