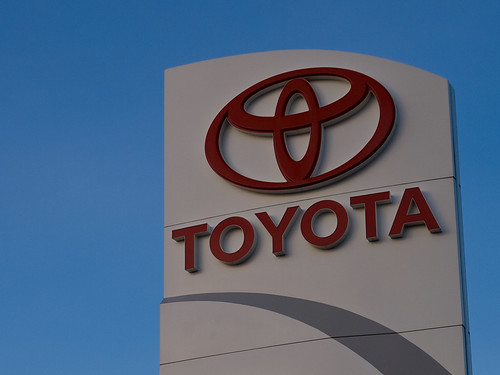 Last week, I pushed back against the assertions that Toyota plaintiffs will be disappointed by the fate of their lawsuits against the Japanese automaker that has recalled nearly 9 million vehicles worldwide this year. While unintended acceleration claims were unsuccessful against companies like Audi in the past, I wrote, Toyota’s mistakes are publicly well known, which could indicate that plaintiffs will be satisfied this time around.

In a report published Monday, the National Law Journal elaborated on the obstacles facing Toyota plaintiffs while multidistrict litigation continues to heat up. If past class action suits are any indication, the Journal reports, plaintiffs will not be taken seriously unless they suffered physical injuries. And since many of the plaintiffs are suing based on loss-of-value complaints, they could hit a major road block.

“There’s a line of cases out there that say: Until you experienced this defect, you haven’t been injured and don’t have a claim,” explained Minneapolis-based attorney Amanda Williams. “If we can’t get past this issue, we’ll be in trouble.”

Oddly enough, one of the key cases providing precedent for the Toyota litigation involves a 2009 ruling about safety of baby cribs. To some of the plaintiffs who claimed non-physical damage due to the crib’s drop-down side defect, the 8th Circuit ruled that plaintiffs who used the product for upwards of four years without experiencing physical injury could not sue. “This is what Toyota would argue,” says Joe Krasovec, the defendant’s attorney in the suit. “You bought a vehicle not subject to the recall, you’ve used it, you’ve driven it and you don’t have problems with it — or, it has been subject to the recall and we’ve made it right…there’s no injury here.”

But plaintiffs say they have a suitable antidote to this obstacle. Rather than go after Toyota based on California’s products liability statutes, they plan to rely on consumer fraud statutes which outlaw marketing considered “unfair,” “fraudulent,” or “unlawful,” including misleading advertising. “Toyota is going to argue that, for consumers who haven’t had an unintended acceleration, they don’t have a defective product,” said Steve Berman, one of the three co-counsels to loss-of-value plaintiffs. But “there are many cases that have held that you don’t have to wait until you’ve suffered an injury.”

Don’t expect plaintiffs lawyers to make or break the case against Toyota quickly. Either way, this will be a protracted legal battle, and it could be years until we see a final result. We’ll be keeping tracking and posting updates here at GJEL blog. In the meantime, check out the National Law Journal’s great timeline of litigation against Toyota.