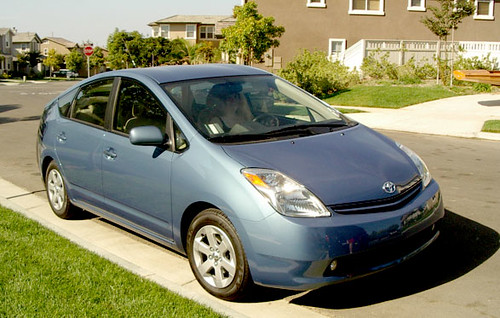 Toyota Motor Corp. has been all over the news lately. With all the news about Toyota recalling dozens of models of Toyota and Lexus vehicles for design flaws in the floor mats and accelerator pedals that can cause cars to accelerate uncontrollably, it’s hard to imagine that things could get worse for the car company. But today, Toyota has announced that they are aware of the numerous complaints that have been placed about something else: faulty brakes in the new 2010 Prius model.

Toyota has not recalled the 2010 Prius with the problems, but they say that they have become aware the complaints via internet traffic and the at least thirty three complaints have been filed with the National Highway Traffic Safety Administrations’ Office of Defects Investigations. There is a possibility that Toyota will be formally investigated by the government in the near future. The complaints describe feelings of not being in control of the vehicle, and not being sure if the brakes will work in time to stop for pedestrians or stop lights. Most drivers have assume that these are brake problems.

However, Toyota officials have said that it might not be the brakes that are the problem. According to Toyota spokesman Mike Michels, “Everyone is looking at anti-lock brakes but there are other systems that could be responsible for the behavior people are reporting. We just don’t know.” Not being able to pinpoint the problem is potentially even more dangerous and frightening than what would likely be an easy fix if it were only a brake system problem.