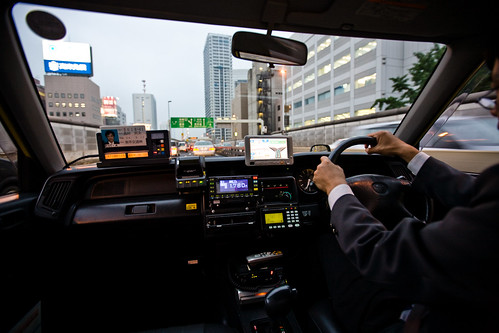 At this point, just about everyone is on the anti-distracted driving bandwagon. Safety advocates, major celebrities, cell phone companies and more have joined Secretary of Transportation Ray LaHood to raise awareness about eliminating distracted driving. There are some notable holdouts, including the US auto industry, which has enhanced navigation and entertainment systems to improve slumping sales. This week, LaHood will meet with the country’s major automakers to seek help for his anti-distraction campaign. This raises the question of what role technology will have in distracted driving this year and throughout the coming decade.

“I am noticing a lot of pedestrians and cyclists getting killed,” FocusDriven president Jennifer Smith told StreetsBlog. “They’re at most danger. They don’t have the car to protect them. And these people are hitting them and not even realizing that they hit someone. That’s how engrossed in the conversation or the text message they are.” LaHood will visit Detroit because he believes “the automakers can be partners and we need their help.”

In a major step toward reducing distracted driving, the country’s major cell phone companies T-Mobile, Sprint Nextel, Verizon, and AT&T have all announced that they are developing technology to prevent distractions. T-Mobile, for example, already offers a service ($4.99/month) that automatically forbids calls and text messages while the car is moving. Also see our techie’s guide to preventing a car accident.

Though the federal government has not yet banned texting while driving nationwide, 30 states have implemented laws against distracted driving. But as technology continues to become more prevalent, it remains unclear whether laws can actually prevent the practice. “There already is a simple technology that prevents people from using their phone while driving – the off switch. But people aren’t using it,” John Ulczycki of the National Safety Council told the New York Times. “They need a technology that protects them from themselves.”

It’s encouraging that the cell phone companies appear eager to help the fight against distracted driving. But that effort will be most successful if coupled with help from major American auto companies that have so far seemed more interested in boosting their profits. LaHood’s visit to Detroit this week could be the answer, as he asks the companies to, in his words, “put their creative juices to work to solve this problem.”