You Can’t Handle the Truth: Off-Label Marketing of Pharmaceuticals

I’ve been acutely aware of the pharmaceutical industry lately. I’ve been following the first of the test trials in the Foasamax cases, and the ensuing jury tension, and here at GJEL we’re investigating cases for women who have taken Yasmin or Yaz and suffered serious injury as a result. As you can imagine, I’ve been developing some opinions of my own about the pharmaceutical industry and what levels of regulation are required to keep consumers safe, and to help them understand how to weigh the risks and benefits of any drug before making the choice to put it into their bodies. The Yaz cases provide an example: the manufacturer and the FDA knew that there were dangerous side effects, yet the company didn’t adequately warn consumers in television advertisements for the drug. The FDA sent warning letters to the manufacturer, requiring them to run a series of mitigating advertisements. These new advertisements more clearly warned the public about the possibility of side effects, and indicated that though previous advertisements suggested that Yaz could be used to treat premenstrual dysphoric disorder, it is not approved by the FDA for that purpose.

Just how much should pharmaceutical companies have to disclose? What if they want to disclose some things the FDA doesn’t want them to? 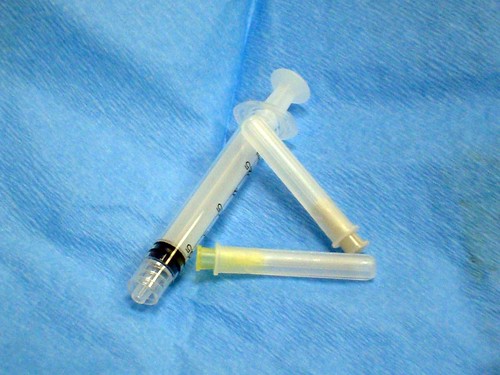 That’s what Allergan, the maker of Botox and Botox Cosmetic thinks, and that’s why they’ve filed a legal action against the government to allow them to “share truthful, relevant information” with physicians about off-label therapeutic uses of its drugs.

An off-label use for a drug is one for which that particular drug has not been FDA approved. In the case of Botox, it is often prescribed to relieve adult spasticity after strokes or juvenile spasticity due to cerebral palsy, though according to the Botox website it is only FDA approved for the following:

So if the FDA didn’t approve Botox for the treatment of adult spasticity or juvenile spasticity, why is it being used as a treatment in those situations? The answer is that doctors sometimes try drugs in situations where they will probably be effective, but haven’t yet been FDA approved. Doctors tell other doctors, and a new use for the drug is found. However, it is still illegal for drug reps from the drug companies to advertise to doctors these off-label uses.  Allergan has filed this legal action in order to get the government to allow Allergan to discuss these off-label uses for Botox, and to use them in their marketing. Allergan alleges that not allowing them to do so violates their First Amendment freedom of speech.

Allergan also makes the point that it could take up to ten years for Botox to undergo the testing necessary to be approved for these off-label uses. In the meantime, people who could be benefiting from the drug are unaware, and may be suffering without the option of Botox.

I understand Allergan’s points. I appreciate freedom of speech, and I certainly want those suffering from spasticity due to stroke or cerebral palsy to be able to have successful treatment. But if Allergan wins the ability to advertise its drugs for off-label uses, won’t that set a precedent for other drugs? I sympathize with their situation, but I’ve seen too many cases where people are seriously injured because a drug was used for something it wasn’t intended for, or because the warnings about the drug weren’t clear enough. This is why the FDA was created–to regulate drugs for the protection of consumers. This could be a dangerous precedent, indeed.