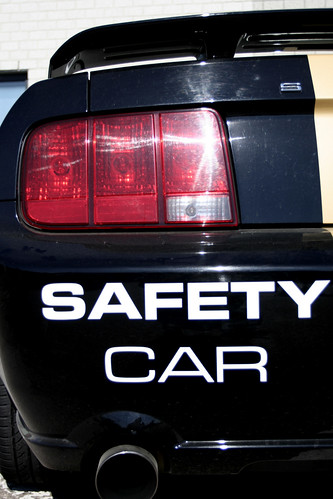 We wrote months ago that Detroit was poised to fight back against the proposed auto safety overhaul in Congress. In what became a caricature of the obstacles to pass important legislation aimed at powerful industry groups, Congressional safety committees have announced changes to the once-sweeping auto safety bills to significantly dull their impact. Among other concessions to the auto industry, the final bills will no longer lift the maximum fine for negligent auto companies, now capping it at $200 million, and auto companies no longer have to adhere to a timetable by which to impose new safety guidelines.

Granted, a $200 million fine will have a stronger impact than the current cap of $16.4 million, which the government fined Toyota for its lackluster response to its unintended acceleration safety problems that resulted in the recall of more than 9 million vehicles worldwide. But federal regulators have said that Toyota would have been on the hook for $13.8 billion if not for the penalty cap.

During each of the past ten years, the auto industry has put more than $50 million toward weakening congressional regulations. “The auto industry has had undue influence on this legislation” said former head of the National Highway Traffic Safety Administration Joan Claybrook. “The industry wanted to change a lot of little words that had a major impact.”

With the help of Mothers Against Drunk Driving, auto industry lobbyists shifted a provision that would have set aside $60 million toward electronic safety systems toward technology to detect drunk driving. This is consistent with Toyota’s claims that electronics were not to blame for unintended acceleration in their vehicles (they blame the floor mats).

While research for drunk driving technology is important, the maneuver was a big win for business as usual in Detroit. Still, MADD president Chuck Hurley “makes no apologies,” adding “If there is a technology that could potentially eliminate drunk driving and save 8,000 to 9,000 lives a year, why wouldn’t we want to fund it?”

Because neglecting to improve safety standards for vehicle electronics will also end lives, says Clarence Ditlow, executive director of the Center for Auto Safety. While the drunk driving technology would take 25 years to take effect, auto safety setbacks will impact vehicle deaths immediately. “If the purpose of the standards is to save lives and prevent injuries, delaying the implementation is not going to achieve that goal,” he said. “The one certainty is that there will be deaths and injuries caused by the delay. What we don’t know is how many.”

While we welcome any improvement to auto safety, it’s unfortunate that the final bill will not demand sweeping safety reforms necessary to save lives. The one silver lining of the final bill is that it will likely sail through both houses of Congress. As Rep. Henry Waxman, chairman of the House Energy and Commerce Committee told reporters, the legislation “will dramatically improve the safety of motor vehicles…Through this process we were able to earn broad support from our membership.”