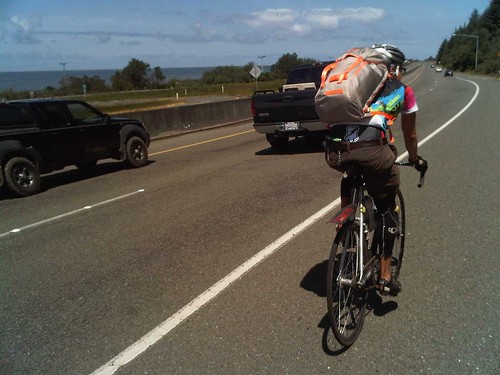 Each year, more Americans ride their bikes to work in order to save money, reduce their carbon footprints, and get some additional exercise. But since our roads have been dominated by cars for nearly a century, they’re not always friendly to bike-riding commuters. In California alone, about 130 cyclists are killed and more than 11,000 are injured each year in bike accidents. Such statistics led Los Angeles Mayor Antonio Villaraigosa, who recently broke his wrist in a bike accident, to promote safety at his “bike summit” last month, reigniting the debate on bike laws statewide.

Speaking over boos from the cyclists in attendance, Villaraigosa voiced his strong support for a statewide helmet law. “I don’t need to be popular here…I’m here today because I was wearing a helmet,” he said, referencing his own bike accident. Villaraigosa clarified that the responsibility isn’t only on cyclists to be safe; drivers must change their routines as well. “We need to change the driving culture where some drivers don’t pay attention to the rights of bicyclists.”

But the city’s biking community has interpreted the proposal as a threat to bike autonomy. “Helmets are not required for driving or walking — both activities arguably with similar or greater injury risk than that of bicycling,” wrote Joe Linton of the L.A. Bicycle Advisory Committee. “Bicycle helmet requirements also tend to result in less bicycling, hence inadvertently result in less ‘safety numbers’ and overall decreased physical activity and public health.”

The L.A. biking community was much more receptive to the spatial passing law promoted by City Councilmember Bill Rosendahl. “California is long overdue for a ‘Three Foot Passing Law,'” said Rosendahl. “I’d like to work with you, Mr. Mayor and the cycling community to come up with a legislative strategy to get this passed at the state level.” The proposal has been supported by some celebrity star power. Last month Lance Armstrong retweeted a tweet that read “L.A. talking about a three foot passing law for driving past cyclists. Love it!”

Fortunately, the two proposals are not mutually exclusive, and California bike safety will benefit if they are both adopted on the local and state levels. While cyclists are generally responsible stewards of road safety, road conditions and other drivers cannot be trusted to foster sufficient safety conditions. So instead of viewing these proposals as threats, I hope cyclists will begin to join the call for increased road safety both by requiring helmets and promoting substantive changes to driver behavior.