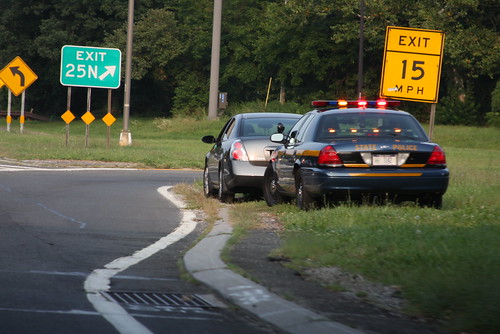 The success of highly visible and publicly announced DUI checkpoints has been successful enough in California for the Concord Police Department to receive a new traffic safety grant for its local anti-DUI program.

Concord Police report that the Office of Traffic Safety has awarded $233,872 to the city.

That’s a great attitude to have; too often use of the word “accident” can imply inevitability, when so many of the deadly traffic accidents are wholly preventable.

An integral component of this program is radio and print media campaigns to raise awareness of checkpoints. The idea is to drive down the number of drunk drivers, and arrests, and the evidence suggests that checkpoint campaigns are successful in doing just that.

“Thanks to the dedicated hard work of agencies like the Concord Police Department, California has seen a drop of nearly 27 percent in DUI fatalities,” said OTS Director Christopher J. Murphy. “While this is good news, we know that only by keeping the pressure on through enforcement and public awareness can we hope to sustain these declines and save lives.”

Drunk driving is both one of the most preventable, and insidious causes of serious accidents. A philosophy of zero tolerance is necessary the change the way we conceive of the offense. While California is a poster-child of effectiveness and diligence, the Boston Globe has recently revealed that Massachusetts has been terrifyingly lax in its prosecution of drunk drivers.

The reports claim that nearly 80 percent of violators had been let off scot-free by local judges—meaning no penalties and no fines. The message: despite the public campaigning and police work, drunk driving is an acceptable part of everyday life. It’s not completely surprising to find such attitudes still exist, but to see them promoted by men and women charged with upholding the law is unacceptable.

So it’s great to see the state of California, and Concord specifically, put such an emphasis on stamping out drunk driving. Still, 950 Californians died in 2009 alone from crashes involving an impaired motorcyclist or driver.

OTS Director Christopher Murphy recognizes there’s still plenty of work to be done: “We are on the right path with declining fatalities,” said Murphy. “We have to stick to that path so that some day we can reach the vision we all share – Toward Zero Deaths, Every 1 Counts.”