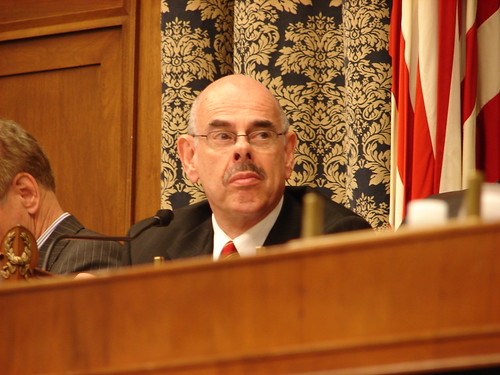 We wrote last week about Congress’ ongoing attempts to demand a safety overhaul for the country’s fledgling auto industry. And despite years of heightened safety complaints and automobile recalls, Detroit, along with leading international automakers, appeared set to resist such restrictions, which they say will drastically increase the consumer cost of new cars.

One of the safety improvements facing resistance, for example, would require new vehicles to install black boxes to record the incidents that lead up to a crash. “The typical airplane black box costs $22,000, which is close to the average price of a new car,” said Dave McCurdy, president of the Alliance of Automobile Manufacturers, which includes Toyota, General Motors, Chrysler, and a handful of other leading companies.

At a Congressional hearing today, lawmakers had some harsh words for Toyota, which has recalled nearly 9 million vehicles worldwide, including 6 million here in the United States. “Toyota has repeatedly told the public it has conducted extensive testing for electronic defects,” said California Rep. Henry Waxman, chair of the Energy and Commerce Committee. “We can find no basis for these assertions.”

And Michigan Rep. Bart Stupak said the Japanese automaker has focused more on discrediting critics than finding facts. Responding to their statements about an Illinois professor who testified against Toyota in February, Stupak said it was a “hit job, not solid science.”

Earlier this week, Toyota paid the Department of Transportation a fine of $16.4 million, the maximum allowed by law, for its unintended acceleration problems and delayed recall efforts. And the government has said it will consider imposing an additional $16 million fine through an expanded inquiry with the help of the Justice Department and the National Aeronautics and Space Administration (NASA).

Last week, Toyota posted an impressive quarterly profit, leading President Akio Toyoda to boast that his company is “starting to approach safer waters.” That may be true, but unless consumers and members of Congress believe the company is adequately addressing safety standards, Toyota won’t be able to dodge more extensive government regulation.