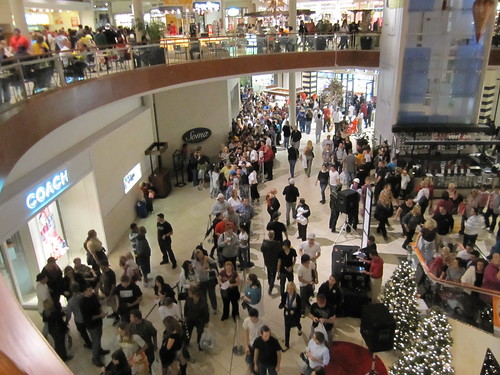 In the past weeks we’ve written about ways to protect your family from the most common holiday injuries, and even some of the most bizarre holiday accidents. The U.S. Consumer Product Safety Commission has released similar warnings, based on injury and fatality data collected from last year’s holiday season compared to seasons years before. While the CPSC report notes that holiday fatalities have fortunately declined steadily since 2005, injuries have increased, solidifying the importance of remaining vigilant about reducing accidents that could cause cuts, burns, or bruises requiring emergency room attention.

The CPSC partially credits stricter regulations that led to fewer toy recalls for contributing to the decline in holiday fatalities. In 2010, there were only 44 toy recalls, down 75 percent from 2008’s total of 172. In 2009, the CPSC reported 12 deaths of children under 15, half the total for both 2007 and 2008. Each year, the report clarifies, riding toys are responsible for about 60 percent of toy fatalities, which makes sense considering that the CPSC said in a press release that it has focused its regulation efforts on the following:

The new toy safeguards include: establishing the lowest lead content and lead paint limits in the world; setting limits on the use of certain phthalates; converting the voluntary toy standard into a mandatory standard; and working with Customs and Border Protection data systems to track shipments as they are in transit from other countries thereby increasing our effectiveness in discovering dangerous products coming into U.S. ports.

This begs the following questions. Can safety agencies adequately regulate riding toys? Or are they by default susceptible to more injuries and deaths than other toys?

As the Abnormal Use blog notes, this post probably comes too late if you hit the stores at 4 AM on Black Friday. But if you’re still heading to the mall for some of your gifts, the CPSC provided some suggestions on how to avoid holiday-related injuries this winter. Here are their top three:

Which Toy for Which Child – Always choose age appropriate toys.

Gear Up for Safety – Include safety gear whenever shopping for sports-related gifts or ride-on toys, including bicycles, skates, and scooters.

View the CPSC press release and full report for more about holiday injuries and how to avoid trips to the emergency room this winter. And if you’ve had notable experiences with holiday injuries, feel free to leave those stories in the comments. Happy Holidays!