Law Students: Worried About the Bar Exam? Should Have Gone to Illinois. 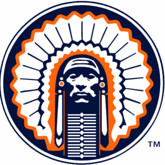 Just about every law student worries about passing the bar exam. It’s one of those rite-of-passage and we’re-all-in-this-together things. It bonds us with our fellow students when we’re studying, and with the community of attorneys we join after we pass because we all had to do it. But besides being a terrifying rite of passage and a great tool for bonding, the bar exam actually tries to ensure that newly admitted attorneys are actually competent enough to represent someone. Sure, some people pass and still make terrible attorneys, but can you imagine the competency of someone who didn’t pass the bar? Would you want them representing you?

Probably not. So it’s safe to say that those students who are at the bottom of their class and who also don’t pass the bar aren’t going to be getting one of those coveted jobs I mentioned in my last law students’ post. It probably would be safe to say, unless those particular jobs were in Illinois.

As if Governor Rod Blagojevich hasn’t had enough scandal to cover the entire time he was in office with the Senate nominee scandal, we found out late last week that there was another gubernatorial scandal involving admissions to the law school at the University of Illinois. Apparently, in exchange for admitting an unqualified student who was backed by then Governor Blagojevich, Lawrence Eppley promised to provide five jobs for graduating law students. Eppley is a Trustee who often brought the Governor’s admissions requests to the attention of the University. The jobs that Eppley promised, however, weren’t just run-of-the-mill jobs. As Dean of the Law School Heidi Hurd said in an internal email, “only very high-paying jobs in law firms that are absolutely indifferent to whether the five have passed their law school classes or the Bar.”

Really. She said “indifferent to whether the five have passed their law school classes or the Bar.” This suggests that the jobs will go to those students at the very bottom of the class. Of course, the motivation is that those are the kids who really need jobs. The students at the head of the class are the ones who stand a chance in this rough economy. It’s important to keep job placement high despite the bad economy, because placement in part determines the law school’s ranking.

Now, as scandalous as all this is, the administration was trying, if only a little bit, to break the cycle of admitting students solely based on their connections. According to the Chicago Tribune, Hurd had asked her staff to collect data about how the well-connected students performed at law school to provide a weapon against admitting them.

Yet the administration’s conscience was not clear enough to provide documentation of the scandal to the Chicago Tribune when they were asked, leaving the school in violation of the Freedom of Information Act. The Tribune requested the information from the school over a month ago, but the school was unwilling to hand it over until the Tribune sued to gain access to student records and the internal emails just last week.