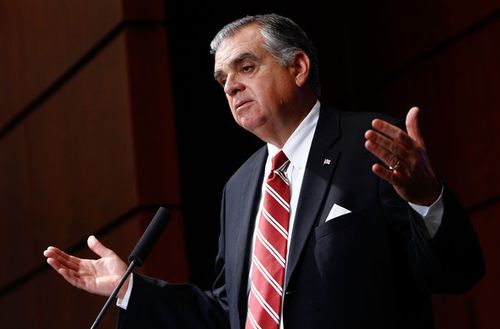 The insurance industry is at it again. Addressing the fact that distracted driving causes more than 6,000 deaths and 500,000 injuries each year, Secretary of Transportation Ray LaHood has made cutting down on the practice a top priority. But he has consistently run into knee jerk criticism from the insurance industry and anti-regulation advocates. This morning, the Insurance Institute for Highway Safety reignited its opposition to such laws with the following tweet: “Nevada and Florida are latest states to discuss texting while driving bans – Meantime research shows no evidence of effectiveness.”

First of all, I’d like to congratulate Nevada and Florida for taking steps to get serious about ending distracted driving, the number one killer of teen drivers. We have developed an interactive infographic showing each state’s distracted driving and graduated license laws. The data clearly supports the fact if enforced properly, laws to improve teen driver safety are effective. According to an October study by the Centers for Disease Control and Prevention, states with the strictest regulations were the safest. For example, the number of fatal crashes among drivers aged 16 and 17 dropped to 9.7 per 100,000 drivers between 2004 and 2008 in New York and New Jersey, which are known for strong teen driver laws. In Wyoming, notorious for its lax regulations, nearly 60 of every 100,000 teenagers are still involved in fatal crashes.

Last time the IIHS criticized LaHood’s distracted driving campaign as ineffective, he fired back with his own list of proof that distracted driving laws save lives. Just last year, he wrote, distracted driving killed 5,500 people and injured nearly 500,000. Even the IIHS has reported in the past that texting or typing behind the wheel makes it four times more likely that the driver will crash. In April, the Department of Transportation launched pilot enhanced enforcement programs in Hartfort, CT and Syracuse, NY. LaHood proudly reports that in only six months, “hand held cell phone use has dropped 56% in Hartford and 38% in Syracuse; and texting while driving has declined 68% in Hartford and 42% in Syracuse.”

The uptick of enforcement in Hartford, Syracuse, and nationwide, has corresponded with a statistical improvement in distracted driving injuries and deaths. Between 2005 and 2009, LaHood wrote, the proportion of distraction-related deaths increased from 10 to 16 percent. “In 2009, for the first time in four years, that percentage was stabilized. That leveling off coincided with our national anti-distracted driving campaign, other public education efforts, and an increasing number of state anti-distracted driving laws,” he wrote. LaHood’s pushback against IIHS was supported by Allstate, motorist advocate AAA, Focus Driven, and the National Safety Council.

The evidence clearly supports the fact that distracted driving is a serious problem and vindicates Secretary LaHood’s campaign against texting, typing, and talking behind the wheel. I hope consumers, lawmakers, and industry titans allow the campaign to proceed, and states continue passing anti-distraction laws so that we can continue to see a real decline in distraction-related injuries and deaths.