In yesterday’s blog post, we asked you to drive safe over Labor Day weekend. But we also want you to have a ton of fun. So with that in mind, I thought we’d kick start the long weekend with a legal humor roundup.

US Open for Lawyers. Last time, I linked to a personal injury law firm’s Battle of Television’s Greatest Lawyers. The competition has been fierce, and beginning next week, two finalists will face off for the honored title of greatest TV attorney. From the looks of it, the battle will come down to Cosby’s Clair Huxtable vs. Will and Grace’s Will Truman. If past match ups are any indication, I’d say Huxtable has an edge. She sailed past Ally McBeal in the first round and is currently dominating Ben Matlock with 78% of the vote in the semis. Truman also had an easy first round against Bob Hunter (Desperate Housewives), but is currently in a close race with Law and Order’s Jack McCoy. It promises to be a close call right to the finish. 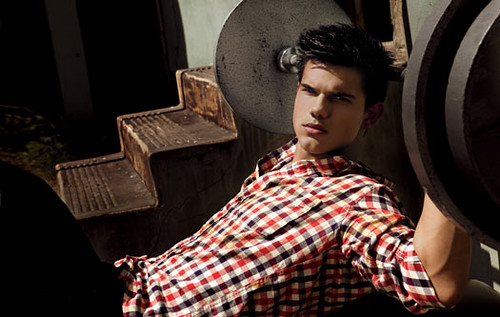 Edward Would Have. As usual, some of the funniest items this week aren’t even made up. Over at Lowering the Bar, Kevin Underhill highlights some hilarious real law suits, including a (rejected) push-up contest settlement offer between werewolf actor Taylor Lautner and an RV dealer. The Twilight star sued the dealer for neglecting to deliver his RV to the movie set on time, claiming the mix up cost him up to $3,000 per week. In response, the dealer challenged Lautner to a push up contest. The Lautner camp rejected the offer immediately, but Underhill wishes they hadn’t. “The push-up contest was simply a ‘facetious suggestion,’ [Lautner’s lawyer] said, and maybe it was, but it is also a awesome suggestion and seems to me like a perfectly good way to settle a lawsuit. The parties can agree to whatever they want, it seems to me, so why not throw down, werewolf?”

Running the Table. I’m sure this next item, from the blawg Legal Juice, is relevant to many holiday weekend plans. In a real lawsuit, the plaintiff’s attorney asked the defense to “describe how ‘beer pong’ is played, including the needed equipment and/or materials.” The plaintiff’s attorney responded that the request was “overly broad [and] unduly burdensome” since “the term ‘beer pong’ appears to refer or relate to at least two different activities, each of which require different equipment and/or materials, and both of which are subject to substantially varying ‘house rules.'” The attorney then attached a lengthy description of the popular college party game from Wikipedia, complete with images, strategies, and variations.

Have a wonderful weekend — and remember to drive safe!