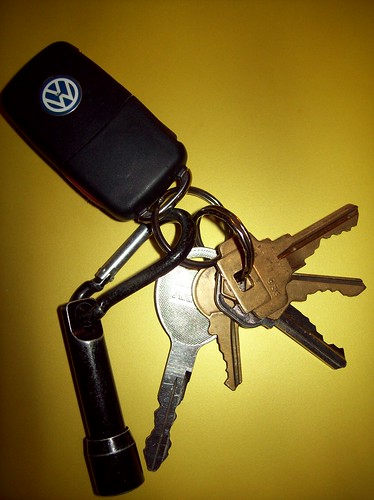 No one wants to be told that they can’t drive. For teenagers, restrictions on driving are set in stone until 16 (at least), making obtaining a drivers license a coming-of-age symbol of freedom. But the rise in laws regulating the freedom of older drivers has stripped that freedom away, frustrating older drivers who feel their freedom of association is being revoked.

This was the experience of Sandra Boodman, who in a special report for the Washington Post reported this month on her father’s anger at having his driving skills questioned after more than sixty years driving with no serious accidents or traffic violations. The reason for this is simple. “People are living with a level of impairment that is unprecedented,” said Elin Schold-Davis, head of the American Occupational Therapy Association. “And these days driving is more complicated. There’s more congestion, more complicated signs and traffic patterns.”

Here at GJEL, we’re very focused on new techniques to make teenagers safer behind the wheel. That’s why we’re also interested in the decline of vision and motor skills that could harm driving ability when drivers get older. Take a look at our new resource “Seniority Behind the Wheel: Managing Safety Risks for Older Drivers,” which details the physical and mental dangers of driving in old age, current laws regulating older drivers in each state, and potential alternatives to operating personal vehicles.

The statistics back up the need for increased awareness about old driving risks. In California, drivers over 60 are the second most dangerous demographic, behind only drivers under 22. Each year, the number of injuries and fatalities for drivers at each age under 22 remains constant at between 5,000 and 6,000 in California alone. The number drops significantly after 25 until age 60, when it jumps back up to 5,100 injuries and deaths per year.

And as the baby boom generation ages, the number of drivers over 60 will only increase. The US Census Bureau predicted in 2007 that there would be 9.6 million drivers over 85 in 2030, a nearly 75 percent increase from today. Other safety analysts have said that by this time, drivers over 65 will be responsible for a quarter of all road accidents.

Clearly, not all drivers over 60 are a risk. In fact, many are safer than drivers of other ages because they take fewer risks and aren’t likely to speed. But current regulations to old driving have already been successful. The Insurance Institute reported earlier this year that accidents for drivers over 70 have declined 70 percent from 1997 to 2008, after restrictions began in many states.

So although it’s a difficult conversation to have with your parents our spouse, getting them off the road once their physical and mental ability begins to fade could keep them around a few more years. See our resource for older drivers for tips about how to have the conversation, and potential alternatives to help maintain the freedom associated with driving. And email us at benb [at] gjel [dot] com with any stories of your experiences helping a friend or loved one manage the risks of driving at an older age.