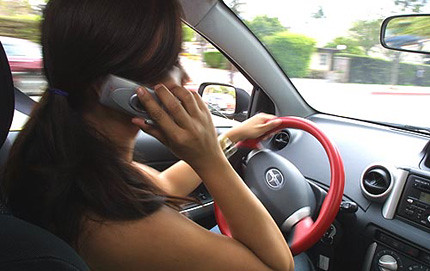 According to Paulson Coletti Trial Attorneys’ website, “ODOT (Oregon Department of Transportation) reports that in the year 2000 there were over 46,000 motor vehicle accidents, resulting in 27,503 injured and 451 deaths, in the State of Oregon.” The numbers are high, and as of this year, Oregon is making one small change that will hopefully have those numbers on the decline: Oregon has joined six other states (California, Washington, New York, New Jersey, Utah, and Connecticut) and the District of Columbia in banning the use of hand held cell phones while driving. The Oregon law went into effect January 1st, 2010.

The measure’s obvious aim is to keep drivers aware of the road rather than their phone. The law, like those in other states, does not prohibit the use of a cell phone with a hands free device, such as speaker phone or a blue tooth headset. Though the ban does free up another hand to put on the wheel, will drivers really use it for that? I know I’d use my new free hand to chug serious amounts of coffee during my commute. I can’t help but wonder if states will ban fast food and coffee cups next.

One thing the ban doesn’t achieve is freeing the driver from the distraction of a conversation. To really do that, though, states would also have to ban passengers, which would cause all those carpool lanes to fall into serious disuse, and would create even more air pollution from the added cars on the road.

So taking all this into consideration, how effective are the hands-free cell phone laws? It’s been a year since the law in California went to effect, and according to California Highway Patrol statistics, the agency has issued more than 100,000 cell phone use tickets statewide since July 2008. Though there was a reduction in cell phone use while driving immediately following the passage of the law, the numbers of citations has steadily increased since then. It seems that many Californians are simply ignoring the law. Washington law enforcement has seen similar trends in their state, as well.

The laws might stand a chance at preventing accidents if they were actually followed, but enforcement is proving a difficult thing. I know I’d rather pop in my blue tooth ear piece than risk getting a ticket, but many other drivers aren’t worried about getting caught at all.

But, even assuming everyone follows the laws, a 2003 University of Utah study found that “equivalent deficits in driving performance were obtained for both users of handheld and hands-free cell phones.” While I certainly support efforts to get drivers to pay attention to the road, it seems that banning hand held cell phones isn’t going to do it.

Despite the notion that a hands-free call is just as distracting as a hand-held call, it doesn’t seem likely that states will be completely banning cell phone use for drivers. Keeping that in mind, it’s best to remember a few basic things:

If the whole thing is too much for you, find a way to get where you’re going via public transportation. You’ll be able to use your phone all you want, you’ll be safe from the other distracted drivers, and, as an added bonus, you can reduce air pollution.