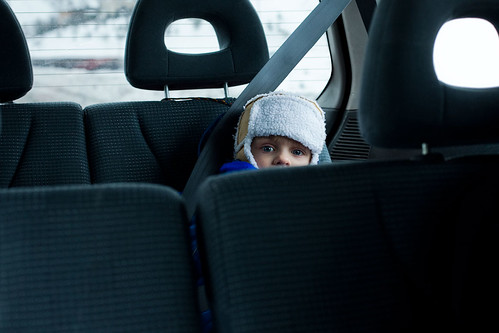 For the past twenty years, car manufacturers were faced with a choice: install lap-only seat belts, or “type 2” seat belts, which include a shoulder strap and have been proven to be much safer. When faced with this choice, can the car makers be penalized for choosing the less safe option? Since October of 2009, the US Supreme Court has been charged with parsing this question in terms of SCOTUS preemption precedents that seemed to indicate a tough route forward for plaintiff wrongful death lawsuits against Mazda. But this week, a unanimous court ruled that the lawsuits could move forward here in California.

The Supreme Court attention was spawned by a 2002 accident in which Thanh Williamson was “jackknifed around the lap belt causing fatal internal injuries” after crashing her 1993 Mazda, according to the Washington Post. As mentioned above, the National Highway Traffic Safety Administration ruled in 1989 that car makers could choose between then-standard lap seat belts and the increasingly popular, and safer, type 2 belts. When Williamson’s family sued Mazda for choosing the former, some called foul, saying it was permissible under the 1989 instructions.

Initially, it seemed that the court would be split, with four justices ruling sympathetic to the view that federal laws “preempt” state laws. But in the end, all 8 justices agreed with NHTSA assistant solicitor general William Jay that the agency “wasn’t making a pre-emptive judgment that Type 2 seat belts, therefore, should be installed. And for that reason, there is no frustration with anything that NHTSA had in mind in the 1989 rulemaking by allowing this tort to proceed.” (Elena Kagen removed herself due to a conflict of interest from her last job as solicitor general). The report, wrote Justice Breyer, intended to urge type 2 seat belts, even if it left open other possibilities.

On first glance, this is contrary to a 2000 SCOTUS decision about vehicle air bags, in which the court ruled that liability lawsuits against car manufacturers would have upset the original intention of NHTSA laws. Breyer said the Mazda case is different because the NHTSA allowed the choice based on cost. “But that fact – the fact that DOT made a negative judgment about cost-effectiveness – cannot by itself show that DOT sought to forbid common-law tort suits in which a judge or jury might reach a different conclusion,” he wrote in the unanimous decision.

Unanimous Supreme Court decisions are incredibly rare these days. And allowing the lawsuits to go forward does not indicate which way the California courts will decide. But allowing the case to be heard gives Williamson’s family a path toward justice, and sets up an important precedent for future plaintiff lawsuits.