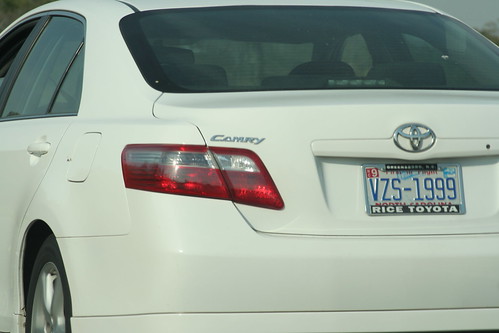 Regardless of how you feel about Toyota, the embattled auto giant that has recently recalled nearly 9 million vehicles worldwide, the company can be credited taking the crisis and turning it into an effort to boost quality standards. This week, for example, Toyota has recalled more than 1.5 million vehicles not because of accidents or complaints, but as a preemptive strike.

“Every time we announce a recall, that is a step toward increasing quality,” said Toyota spokesman Paul Nolasco. The year’s many pedal-centric recalls, he continued, “brought it home to Toyota that we need to refocus on quality.”

Public opinion (and the opinion of the media) has gone back and forth when it comes to Toyota. Initially, after hundreds of complaints about unintended acceleration leading to accidents and even deaths, the company was dubbed reckless and slapped with a record $16.4 million government fine for neglecting to launch the recall earlier.

Soon after, the media caught a whiff of a report by the National Highway Traffic Safety Administration indicating that many Toyota crashes were, in fact, due to driver error. For all intents and purposes, it appeared that pending Toyota legislation would end up like lawsuits against Audi in the 1980s, which stalled after it was revealed that a CBS 60 Minutes segment had rigged Audi vehicles on a televised demonstration. Plaintiff claims aside, public opinion was stacked against them, and lawsuits floundered.

Earlier this month, Allstate reignited the fervor against Toyota when it launched a lawsuit seeking $3 million from the company to cover 270 insurance claims Allstate paid that they say were Toyota’s fault. “Certain of Toyota’s cars and trucks have a defect that causes sudden uncontrolled acceleration to speeds of up to 100 miles per hour or more,” the complaint read. It also said Toyota vehicles can be prone to “Defective electronics and the absence of a fail-safe, such as a brake-to-idle override system.”

It’s still unclear how this newest recall will impact Toyota’s public standing. On the one hand, more recalls testifies to the fact that many Toyota vehicles (getting up to 10 million now) have not met even the most basic safety standards. But it also indicates a good faith effort to ensure safety even when Toyota is not being forced.