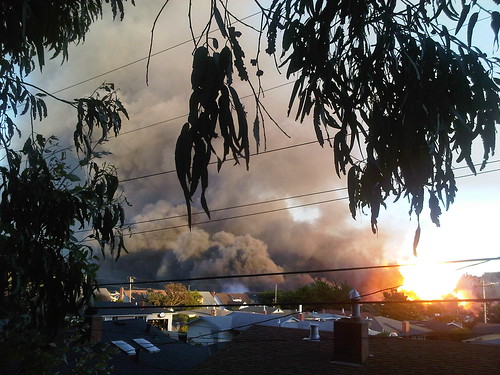 Last week’s PG&E pipeline explosion in San Bruno which killed four, injured more than 50, and left nearly 40 homes destroyed was far from an isolated incident. In fact, data from the Pipeline and Hazardous Materials Safety Administration shows that the company has been connected to 132 “significant incidents” since 1986 that have caused 18 deaths, 64 injuries, and cost $41 million in property damage.

Below is a rundown of 5 major PG&E pipeline explosions in California in the past five years. Though none were as serious as last week’s explosion in San Bruno, or the Walnut Creek Gas Pipeline Explosion Cases GJEL attorneys Jim Larsen and Luke Ellis litigated in 2008, they point out some of the dangers associated with the gas industry in San Francisco.

March 26, 2005: A fire at an important PG&E substation on Market Street in San Francisco caused a “huge and unnerving explosion” and cut the power of 25,000 city residents in the Chinatown, Civic Center, Western Addition, North Beach, Tenderloin, downtown, and SOMA neighborhoods. “A shot of electricity arced like lightening,” said Audry Lee of the San Francisco Fire Department. “We’re lucky nobody got hurt.”

August 19, 2005: An explosion near San Francisco’s Crocker Galleria buckled the concrete, broke windows, and sent a manhole soaring thirty-feet in the air. San Francisco resident Lisa Nash was crossing the street at the time and suffered third-degree burns on her hands, arms, and feet, and second-degree burns on her face and neck. Nash later filed a lawsuit against PG&E for the damages.

December 24, 2008: A Christmas Eve pipeline explosion killed one and injured five in the Sacramento suburb of Rancho Cordova. A year later, PG&E said the blast was a result of a bad repair job. The National Transportation Safety Board later released a report which said the extent of the damages was partially the result of PG&E’s three hour delay in getting qualified employees to the scene of the accident.

February 8, 2009: A PG&E pipeline explosion under the streets of San Francisco cut the power for more than 4,000 San Francisco residents in the Western Addition and Pacific Heights neighborhoods for approximately two hours. No one was injured by the explosion and it did not cause other damage.

June 5, 2009: A massive underground firestorm shooting smoke 20-feet into the air in San Francisco’s Tenderloin neighborhood cut power to 9,000 PG&E customers and closed local businesses for nearly a week. “We’ve invested more than $200 million in the last three years alone in our infrastructure here in San Francisco,” said a PG&E spokesperson at the time. “The safety and reliability of our system, the safety of our customers, as well as our employees, are our utmost priorities.”