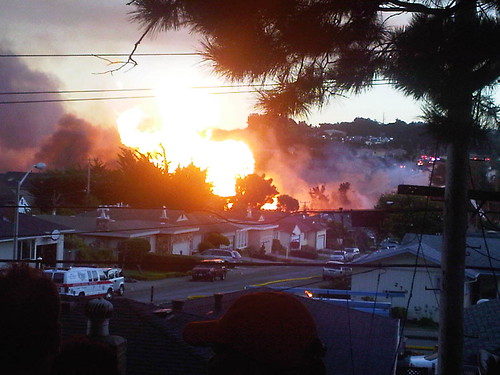 The California Public Utilities Commission fined PG&E $6 million last week for September’s devastating pipeline explosion, which many consumer advocates and San Bruno representatives call a major win for the California utilities company. The CPUC had initially threatened to fine PG&E $1 million per day (after the March 15 deadline) for concealing important records related to last fall’s pipeline explosion, but later cut the penalty significantly, saying PG&E had shown appropriate remorse. The fine could end up as low as $3 million if PG&E discloses the documents in question by August.

California Assemblyman Jerry Hill of San Mateo, who oversees the district including the San Bruno neighborhood in question, said the fine was likely the result of a “backroom deal,” while Utility Reform Network representative Mindy Spatt called the fine “chump change.” But Mike Florio, a CPUC member who once worked as an attorney for the Utility Reform Network said the agreement was “a good start.”

“The important thing is to get past the legal wrangling and get to the safety issues,” said Florio. “There has been an apparent change in attitude from PG&E. Unfortunately, it took the threat of $1 million a day in fines to happen. But I’ll take progress where I can get it.”

Florio is right in that moving forward, the primary concern should be the assurance of safety, not a desire for harsh penalties. But PG&E’s history of major pipeline explosions, coupled with evidence suggesting that PG&E repeatedly spiked pipeline pressure way above safe levels and went out of its way to conceal important documents, indicates that the agency might need a strong reminder that playing with safety in California neighborhoods is unsafe and unacceptable.