Toyota Issues Yet Another Recall on Runaway Cars 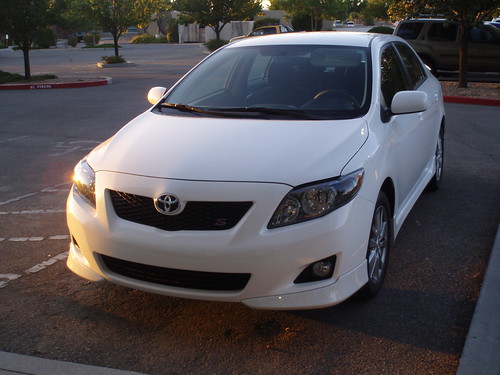 According to the New York Times, Toyota Motor Corp announced a recall today of eight models of Toyota and Lexus vehicles in Europe. That recall affects 1.8 million cars, bringing the current total number of vehicles affected up to nearly 9 million.

What’s Wrong With These Cars?

Toyota has blamed several of the incidents on the vehicles’ floor mats, claiming that if the mats are not installed properly, they can hold the gas pedal open, causing the vehicles to speed up suddenly, and leaving drivers at the helm of an out of control vehicle. In response to a fatal crash in August 2009 (which killed four), Toyota asked that all Toyota and Lexus drivers remove their floor mats as an interim precaution. The floor mats are held in place by clips, which can easily come loose, causing the sudden accelerations. This recall is the largest in the company’s history. In fact, 3.8 million vehicles from models dating as far back as 2004 were affected by the recall, which was issued in late 2009.

The January 2010 recall is in response to a malfunction of the gas pedal in certain Toyota models, not the floor mats. It started with 2.3 million Toyota and Lexus vehicles that were recalled on January 21st. It was expanded again today, with the addition of eight models of Toyota and Lexus vehicles found in Europe. In these cases, the electronic throttle mechanism became worn causing the vehicle to accelerate uncontrollably. In the United States nineteen people have been killed in accidents resulting from these defects.

The Problems Don’t End With Accelerators and Floor Mats

It seems Toyota may still have a few problems, despite the recall. Auto safety experts say that Toyota’s complex computerized engine control system doesn’t provide a sure-fire way to bring the car to a stop if a sudden acceleration happens, regardless of the cause. Toyota has considered remedying this by programming the engine’s computer to cut off all power when the gas and brake pedals are depressed simultaneously. Another possibility is redesigning the gas pedal and the floor mats to make it more difficult for the mat to lodge the accelerator open.

In the meantime, what should a driver do if he or she finds her Toyota or Lexus (or any car) suddenly accelerating to dangerous speeds?

All of these solutions require quick thinking on the part of the driver. The driver has to pay attention to traffic and steer to avoid an accident while simultaneously shifting or turning off the engine. And in higher end models (such as some of the Lexus models), these things are easier said than done. Some models have push button ignitions. To shut these off, the driver must hold the button down for more than three seconds–time that the driver doesn’t have if the car is rocketing through traffic at 120 miles per hour.

If your floor mats were recalled, remove them, and read your vehicle’s user manual. Most drivers don’t know how to perform an emergency stop if it becomes necessary, but if you find yourself in a runaway car, the information could save your life.